BNS
aA
Russia's ambassador in Vilnius says that Lithuanian intelligence reports are an attempt to justify the country's anti-Russian policy. 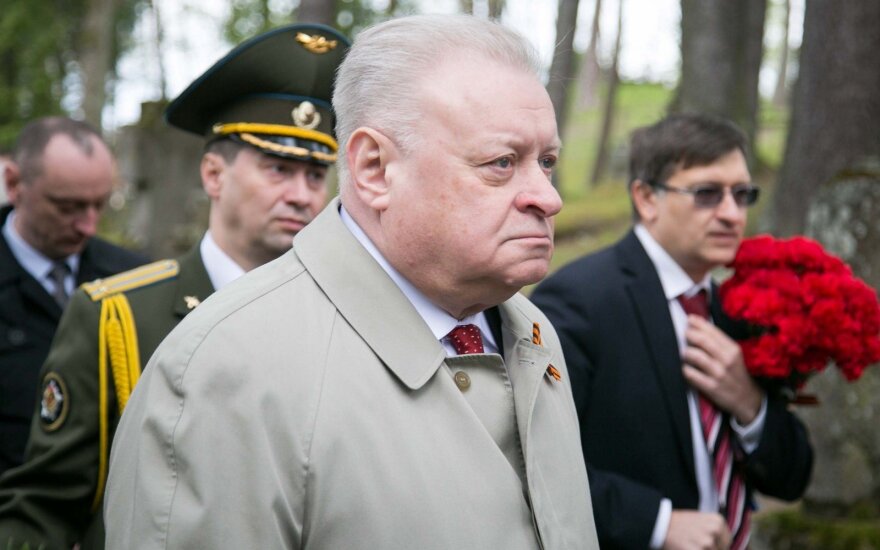 "This is a report that has to show why Lithuania is so consistently, unthinkingly pursuing such a strong anti-Russian policy," Alexander Udaltsov said in Vilnius on Monday.

The ambassador said that such reports are aimed at intimidating people and justifying requests for greater NATO presence in the Baltic Sea region.

"One of their main tasks is to scare people living here, Russian-speakers, by saying that if you look at things differently than we do, you'll have to answer for that," he said.

According to the ambassador, such people have to give explanations to the State Security Department about what they did during meetings at the Russian embassy and what assignments they allegedly received.

This year's report says that Russia will try to influence next year's presidential election in Lithuania and warns against possible cyber-attacks.

It says Russian intelligence aims to track down and discredit former secret collaborators of Soviet secret services who have not come forward with their KGB past and currently work in Lithuania's state institutions.

However, this year's report pays less attention to national minorities and makes no mention of some ethnic Poles in the Vilnius region allegedly collaborating with the Russian embassy.

Lithuania has decided to expel three Russian diplomats to express its solidarity with Britain over...

Ahead of expulsion of diplomats, Russian ambassador summoned to Ministry of Foreign Affairs (1)

Russia's Ambassador to Lithuania Alexander Udaltsov was Monday summoned to the Lithuanian Foreign...