the Lithuania Tribune, LRT
aA
The tragic FlyDubai crash in Rostov-on-Don in Russia last Saturday that killed all 62 people on board may have been caused by a sudden gust of wind but the main factor may have been the company's policy to punish pilots for diverting, said Kęstutis Zagreckas, a freelance pilot and flight instructor. 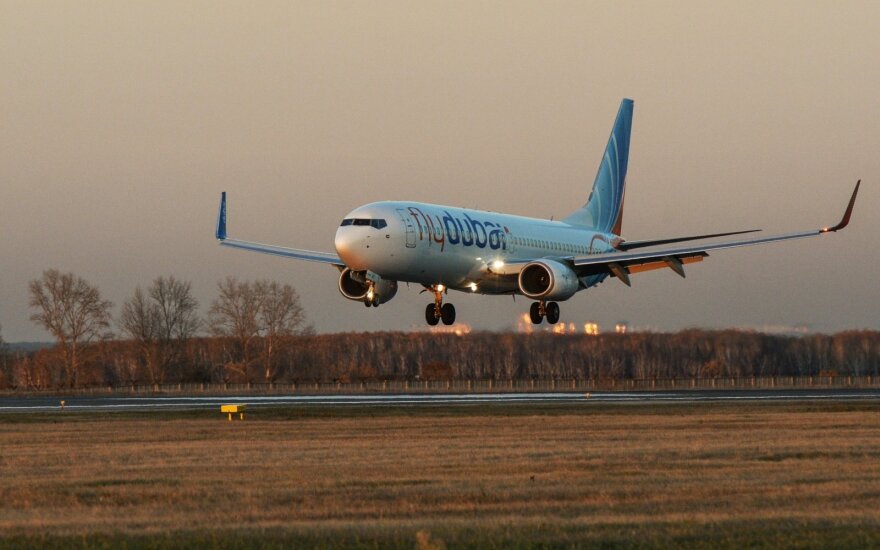 Zagreckas believes that while the gust made the plane uncontrollable, the main factor might have been the company's policy to punish pilots for landing in secondary airports, which pushes them to land in adverse weather conditions.

The Boeing 737 flying from Dubai to Russia crashed on Saturday morning after missing the runway. Reports indicate that the aircraft was attempting a second landing after having circled the airport for two hours. The accident claimed the lives of 55 passengers and 7 crew.

“There is speculation in the press, but the most likely causes were weather conditions and wind gusts, which are now being discussed. This may not be easy for the general public to understand, but this is the most likely cause for which the airplane could have lost its speed over several seconds and become uncontrollable at such a low altitude,” said Zagreckas.

He also wondered “why they made a second landing approach. The press revealed that the company has an internal policy problem – pilots are being punished for flying to secondary airports. This might even be the main reason – the weather was just the consequence.”

In addition to the adverse weather conditions and potentially dangerous company policy, there are reports that the company's pilots may have been subjected to excessive fatigue.

As one FlyDubai pilot told the BBC, "I don't want to speculate on what caused the crash, but I think that fatigue must have been a contributory factor. I'm also not surprised it happened. Crew are overworked and suffering from fatigue. It is a significant risk. Staff are going from night to day shifts without enough rest in between. I would say 50% of the airline's workforce are suffering from acute fatigue. I raised it with a senior member of staff at the airline who said 'we don't have a fatigue issue at FlyDubai.'"

The Russian embassy in Vilnius has said that members of the public will be able to sign a book of...

A small plane crashed in the territory of a residential house in Lithuania's Kaunas District on...