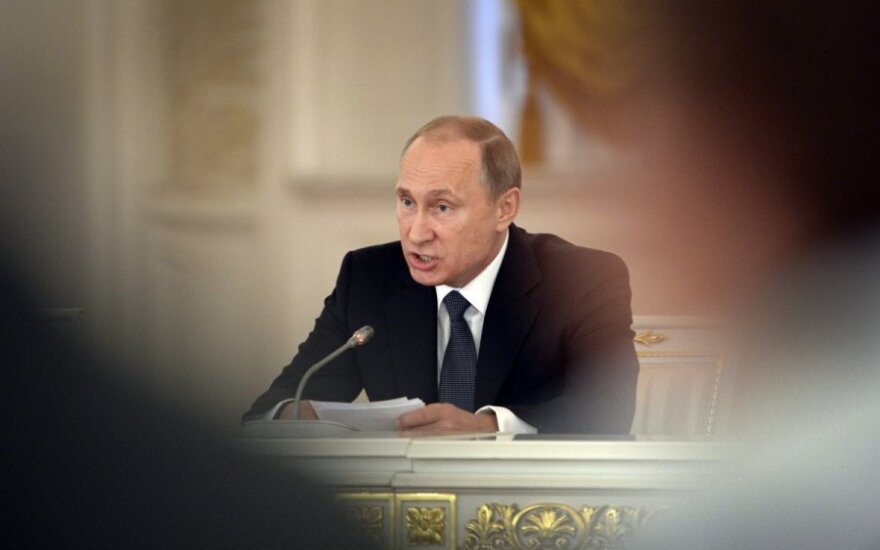 In his words, Russia is willing to cooperate with Lithuania and expects an analogous reaction from the Baltic state.

"Our cooperation potential with Lithuania is not yet exhausted by far," Putin said at the Kremlin on Thursday after receiving letters of credence from Lithuania's new Ambassador Remigijus Motuzas and 12 other diplomatic envoys.

"In our turn, we are ready to build the cooperation on principles of good neighbourhood and mutual respect, furthermore, would like to draw an analogous reaction from our partners in Lithuania," he added in a speech cited by the Kremlin's press service.

After handing his letters of credence to the Russian president, Motuzas officially assumed the post of ambassador.

He presented his credentials together with diplomats of 12 other countries, namely, Albania, Austria, Ecuador, Ethiopia, Macedonia, Monaco, the Philippines, Republic of South Africa, Saudi Arabia, Senegal, Slovakia and South Sudan.

Before appointment to the post in January, Motuzas served as first deputy to the government's chancellor.

Lithuania's new ambassador to Russia said after handing his credentials to President Vladimir Putin on Thursday that the official Russian and Lithuanian stance on cooperation was the same.

"During the brief meeting, I said that we agreed with their position, were willing to develop the mutually beneficial relations on the condition of equal rights, mutual respect and international law (...). Our message was virtually the same, I only said that we should respect each other," Motuzas told BNS.

In his words, the overall atmosphere of the ceremony of handing credentials to Putin together with ambassadors of other countries was official, the communication proceeded in line with diplomatic etiquette, however, the Russian president spent some time on an informal conversation and demonstrated his knowledge of Lithuania's domestic affairs.