Rasa Lukaitytė-Vnarauskienė
Parašyti
autoriui
aA
Reports in the Russian media that Moscow is deliberating to lift imports embargo on certain EU-made foodstuffs got Lithuanian producers on ears - could this be a sign of coming change? 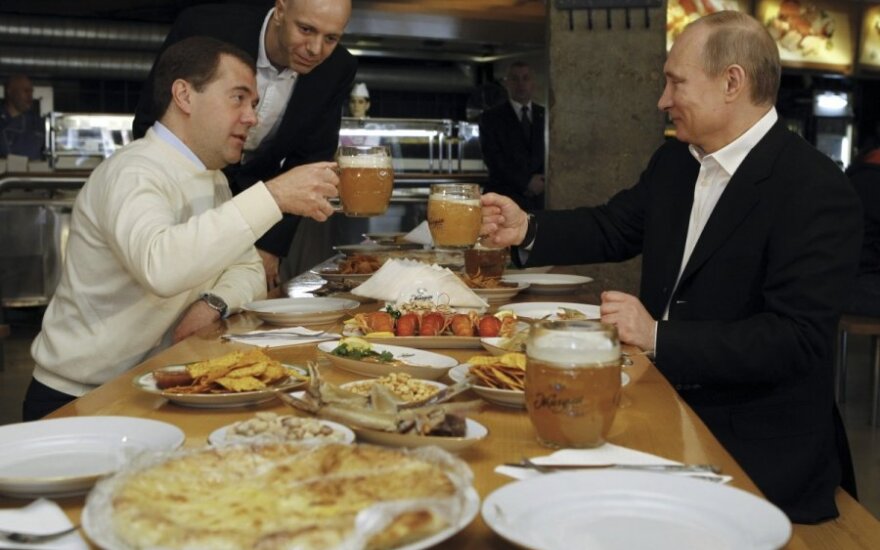 Osvaladas Čiukštys, deputy head of the Lithuanian Confederation of Industrialist, says he has also heard talks among his sources of a possible thaw in Moscow's policies, even though he refuses to speculate which products might be the first ones to find their way back into Russian supermarkets.

"Such statements made by foreign politicians and officials are a clear message that work is being done in certain capital cities. I think this is good news for us and we should use the opportunity," Čiukšnys tells DELFI.

Russia banned food imports from the European Union last August in response to Western sanctions over Moscow's actions in Ukraine. Economists have warned that Lithuania will be among the hardest-hit countries as its share of foreign trade with Russia is considerable.

"Prices have grown 30-50 percent in the Russian food market, which probably scares decision makers - if the coming winter is cold, pensioners might simply have nothing to eat. If one US dollar is now worth 40 roubles, Russian people see their savings melting away. Any economist would tell you that reopening the market is the only way to ease the situation," he says.

During a press conference on Tuesday he also said that Russian President Vladimir Putin might be considering his own popularity ratings.

"Clearly, Mr Putin has no wish to lose his popularity during the winter," he says. Moreover, since Lithuanian food products are of high quality, affordable and recognizable by Russian consumers, the Lithuanian producers stand a good chance to make use of the thaw.

Čiukštys refuses, however, to engage in guesswork about how many Lithuanian producers would actually want to return to the Russian market, should the sanctions be lifted entirely.

He notes that the current embargo on Lithuanian production is not the first one - there had been about 10 before since Lithuania seceded from the USSR in 1990. Local producers are therefore well used to the whims of the Kremlin, Čiukštys says.

The Russian media has reported that the country is reopening the market for some dairy products from Lithuania, Poland, Finland and Italy.

Deputy director of the State Food and Veterinary Service Vidmantas Paulauskas has told DELFI that Lithuania has yet to receive an official notice on the partial embargo repeal, if the reports are indeed correct.

Representatives of the European Commission are holding a meeting in Moscow on Wednesday. More information could emerge after the meeting.

Russian news agency RBK has quoted state officials saying that the country will admit cheese imports from some EU countries, because the products do not contain lactose.

Lithuania might soon be allowed to export meat to US, prime minister says

Lithuania might soon be allowed to export meat products to the United States of America , the Baltic...

The European Commission has adopted a new programme for emergency market measures for perishable...

With the September 30 review of EU sanctions against Russia approaching, the Baltic states are among...

Opinion: What does Russia's trade embargo remind us of? (1)

This summer, Russia banned imports of agricultural products from the European Union countries for...

Advisor to the SEB Bank president, financial analyst Gitanas Nausėda says that the impact of...