BNS
aA
Moscow said on Wednesday that two Russian military aircraft violated Lithuanian airspace in late September in order to avoid a storm, which was in line with international rules. 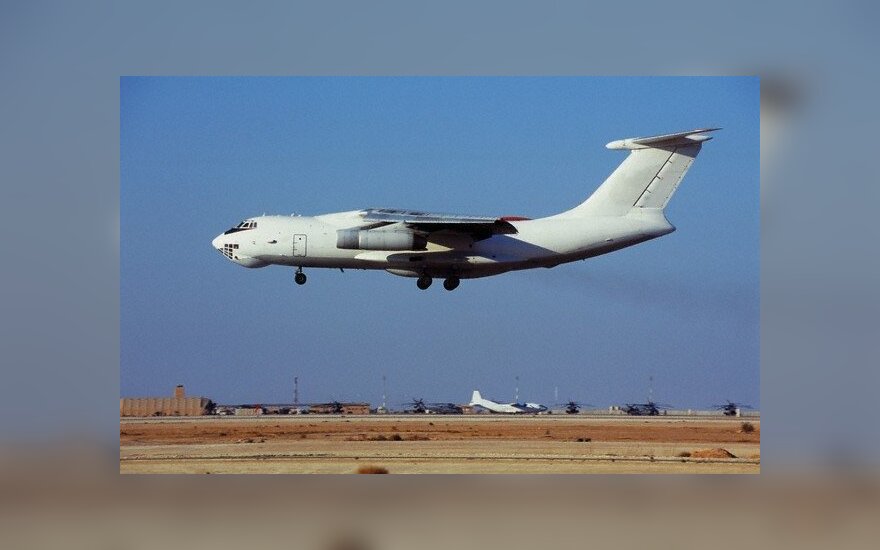 The Ilyushin Il-76 is a Soviet-era heavy lift transport craft. This was a very successful design, and has been used extensively by civilian cargo enterprises throughout the world.
© Corbis

According to the Russian embassy in Vilnius, the two IL-76 transport aircraft flew over Lithuania's territorial waters en route to Kaliningrad with permission from Lithuanian air traffic controllers.

"The deviation by the Il-76 crews from the planned flight route was conducted under the guidance of air traffic control services in accordance with international practice," the embassy said in a statement.

Moscow thus responded to a diplomatic note from Lithuania over the airspace violation. According to Russia, the International Civil Aviation Organization's rules obligate pilots to take all necessary measures, in coordination with air traffic controllers, to bypass areas of dangerous meteorological phenomena.

Russia says that having noticed a storm front, the crews contacted Lithuanian air traffic controllers and got permission to bypass it.

"The adjusted flight route passed through territorial waters of the Republic of Lithuania," the embassy said in the statement.

The Russian military aircraft violated Lithuanian airspace late on September 16. The two planes and another four Russian IL-76 aircraft were on their way from mainland Russia to Kaliningrad. All of them had pre-filed flight plans and had their onboard transponders on.

Lithuania's state-owned air navigation service provider Oro Navigacija (Air Navigation) has said that four of the planes changed their course because of adverse weather conditions and that they had no permission to cross into Lithuanian airspace.

The incident occurred over the Curonian Spit as the Zapad military exercise was underway in Russia and Belarus.

NATO fighter-jets patrolling Baltic airspace were scrambled once last week to identify and escort a...