BNS
aA
Russia is responsible for the worsening situation of the Tatar community in Crimea, Lithuania's President Dalia Grybauskaitė said at a meeting with leaders of Crimea's Tatars – deputy speakers of Mejlis. 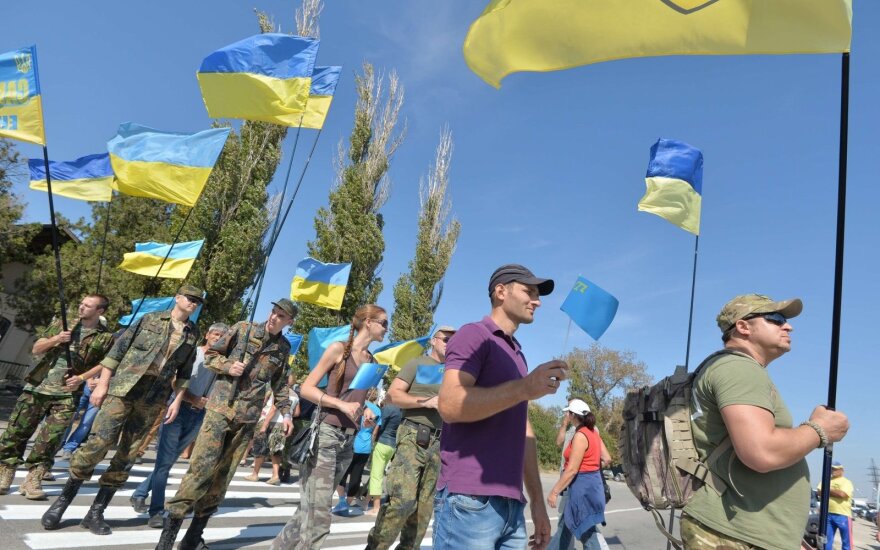 In the president's words, Russia is behind the significant deterioration of the situation of Crimea's Tatars, gross violations of their rights, constant persecution, forced Russification and restrictions of freedom of speech, press and religion.

According to the press release, Lithuania is making every effort to keep the information about Russia's policies aimed against Tatars of Crimea in the focus of the international community's attention.

At the meeting with deputy speakers of the Mejlis, Ahtem Chiygoz and Ilmo Umero, which was also attended by the chairman of the Lithuanian Tatar Community, Adas Jokubauskas, Grybauskaitė invited Crimea's Tatars to actively apply for development cooperation programs.

After annexation of Crimea, Chiygoz and Umero were persecuted and imprisoned for their political operations. As a result of mediation of Turkey's president, they were liberated in October of 2-17 and continue their operations in Kiev.

The meeting was held on the 4-year anniversary of Crimea's annexation and in an effort to express support to affected Tatar residents of Crimea.

Grybauskaitė restated that Lithuania strongly condemned the annexation of Crimea and continued its principled non-recognition policies. Lithuania also wants the EU sanctions for Russia to continue until the aggressor steps back from the seized territories in the peninsula.

Tatars are a historic ethnic and religious community in Lithuania, with around 4,000 Tatars currently living in the country, mainly in the counties of Vilnius, Kaunas and Alytus.

German approaches on policy towards Russia. Solution lies in Ukraine

The Lithuanian government supports a proposal to ban by law the sale of goods designed to promote war...