BNS EN
aA
Russia has refused to hand summons to the Soviet Union's former leader Mikhail Gorbachev for testimony in the January 13 trial of attempted coup, a Vilnius court said on Tuesday. 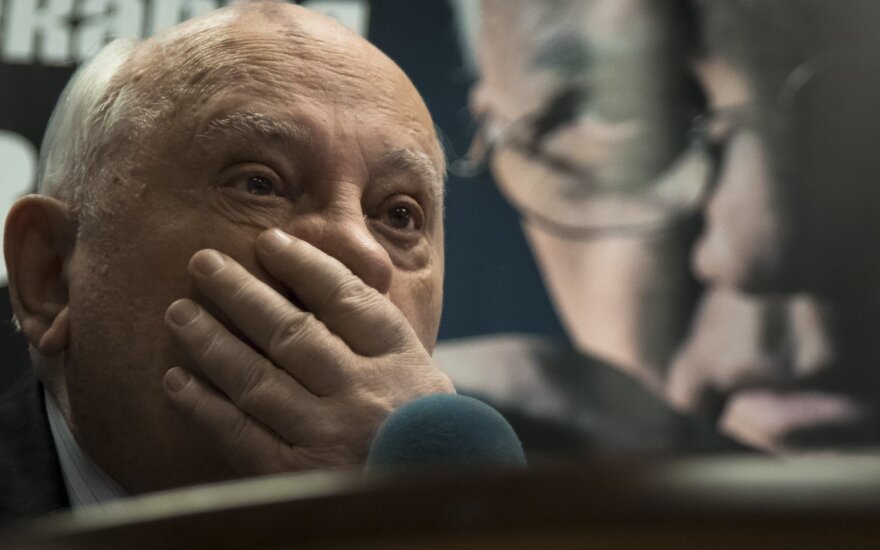 "The Vilnius County Court today received notification from the Ministry of Justice of the Republic of Lithuania, saying that the Russian Federation's Justice Ministry has refused to provide legal assistance in the form of handing documents to Gorbachev," the court said in a press release.

According to the communique, Moscow's refusal was based on the provision of the Lithuania-Russia treaty on legal assistance, which envisages that legal assistance is not provided in cases when it can harm the country's sovereignty, security or run counter to the main principles of its laws.

The legal assistance request was sent to the Russian Justice Ministry in November of 2016 after a Vilnius court decided to question Gorbachev as special witness in the case – a status granted when a person is questioned about his actions amid lack of evidence for bringing suspicions against him.

Judge Ainora Kornelija Maceviciene hearing the January 13 trial of attempted coup said in early 2017 that Gorbachev had been served summons by regular mail. Later that day, he said he had no intentions of taking part in the proceedings.

During the pre-trial investigation five years ago, Russia also gave a negative response to the request to question Gorbachev, the Soviet Union's former leader.

Gorbachev has denied having given an order to open fire in Vilnius.

Gorbachev served summons to testify in 1991 crackdown trial in Lithuania

Former Soviet leader Mikhail Gorbachev has received a summons to testify as a witness in a mass...

The Vilnius Regional Court has sent three summons to former Soviet leader Gorbachev asking him to...

Court gets no response from Gorbachev in 1991 crackdown trial

The Vilnius Regional Court has so far received no response from Soviet leader Mikhail Gorbachev whom...