BNS
aA
Russia has refused entry to a delegation led by Lithuanian member of the European Parliament (EP) Gabrielius Landsbergis, shows a copy of a letter received by BNS. The delegation was planning to go to Moscow in the end of January. 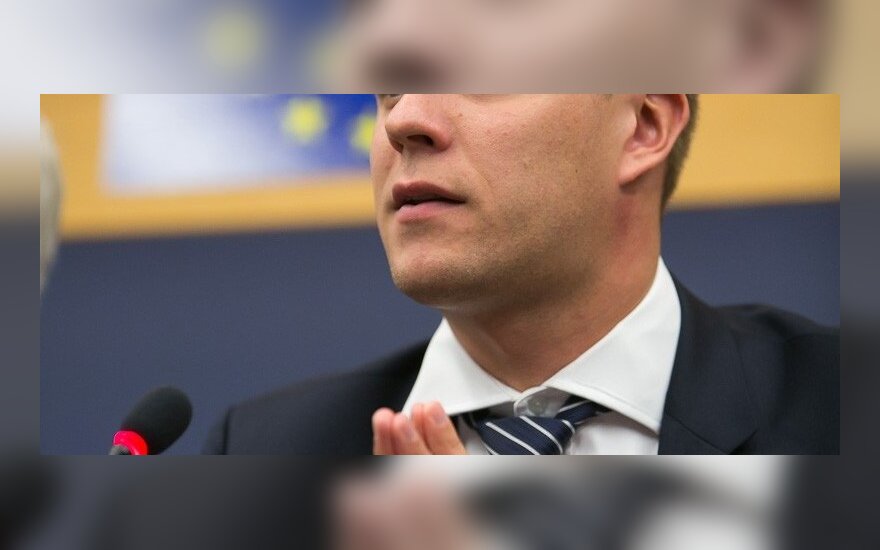 Landsbergis has notified EP President Martin Schulz that, in response to a recent EP resolution, Russia has refused visas to members of the official delegation, nor would it organize meetings with officials.

"(...) No meeting with Russian MPs and officials would be organized for my visit. Consequently, my visit would become a non-official one, and visas would not be delivered to the two persons accompanying me," Landsbergis said in the letter.

In his words, Russian diplomats stated the position in a telephone conversation with an official of the EP Foreign Affairs Committee on Tuesday, although Russian Ambassador to the EU Vladimir Chizhov had pledged support to the visit on Monday.

In October, the EP Foreign Affairs Committee authorized Landsbergis, a member of the EPP Group, to draft a report on relations between the European Union and Russia. Landsbergis intended to collect materials for the document in Moscow on 29-31 January.

Landsbergis told BNS that he "sees the Kremlin's decision as a hostile action and disrespect for the whole European Parliament as an institution."

"I had to go to Russia not as an individual but together with a delegation as a rapporteur appointed by the Parliament to report on relations with Russia. Their decision shows that they do not seek normalization of our relations and, by the way, they also do not plan to change their policy on Ukraine. Therefore, the EU must continue the strict sanction policy, and if the situation in Ukraine worsens, it should consider further expanding the sanctions," he said.

"They said we are not welcome because of the European Parliament's principled position and the last week's resolution condemning the Kremlin's actions related to the persecution of the opposition within the country and also its aggression against Ukraine. It only confirms that the European Parliament's position is heard in Moscow and we must continue with this course," Landsbergis said.

Russia 's Education and Science Ministry wants to be informed about the meetings of university...

Lithuanian MEP Gabrielius Landsbergis has been asked by the European Parliament 's Committee on...