(2)
DELFI EN
aA
The Embassy of the Russian Federation in Lithuania made an announcement on Friday afternoon that Moscow was sending a protest note to Vilnius. 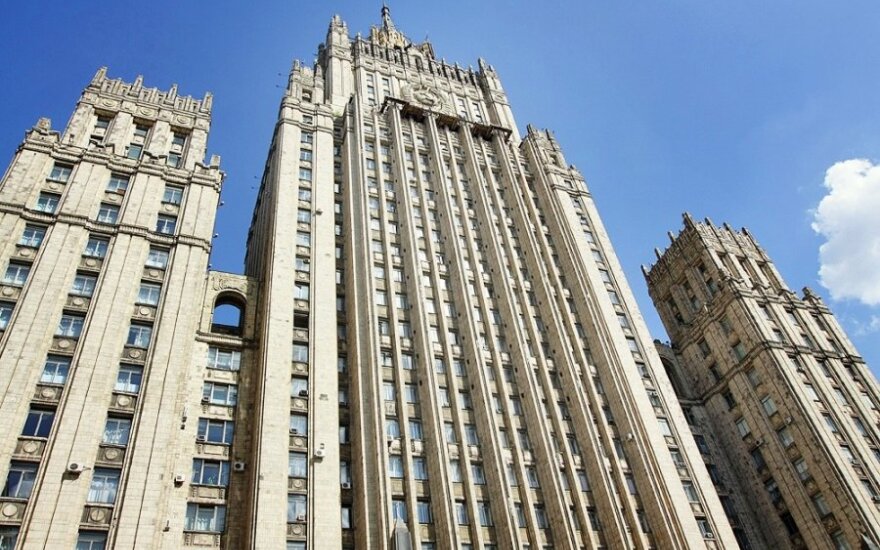 "The Russian Ministry of Foreign Affairs sent a diplomatic note to the mission of the Lithuanian Republic in the Russian Federation... During discussions that followed the adoption of Resolution No. 2202 at the United Nations Security Council, the Lithuanian permanent representative to the UN effectively acknowledged the fact that Vilnius was supplying weapons and ammunition to Ukraine. The Russian MFA notes that this is in direct violation of Lithuania's legal commitments regarding arms export," the embassy said in the announcement.

According to the Russian MFA, Lithuania is breaking EU rules that prohibit export of weapons to countries that might use them for domestic repressions. Moscow has officially maintained that the Ukrainian government is acting illegally by sending army to fight separatists in the country's eastern regions.

The Russian MFA also invokes international agreements against supplying weapons to parties that might use them for "genocide, crimes against humanity, serious violations of the 1949 Geneva Convention, raids on civilian sites or peaceful residents".

Lithuanian Foreign Minister Linas Linkevičius has said that Lithuania is providing military support to Ukraine within its means", but has not specified the extent or the nature of the support.

Linkevičius: This is perverse

Lithuanian Foreign Minister Linkevičius told DELFI on Friday he had not seen the diplomatic note from Russia, because the Lithuanian MFA had not received it yet. However, he added, Lithuania had never denied that it provided support to Ukraine.

"First, back in January, we acknowledged that we provided support to the Ukrainian army. We do not deny it. We've said it many times, without specifying what it is. But in consultations with the Ukrainian army and government, we are trying to help in areas where they need and where we can," Linkevičius said.

His only regret, he added, was that Lithuania's support to the Ukrainian army was quite negligible: "Neither our means, nor the extent [of the support] are very significant."

According to Linkevičius, he cannot understand how Moscow can protest against support to the Ukrainian army when it supplies weapons to pro-Russian separatists.

"This is a perverse practice: accusations coming from those who themselves supply very powerful weapons on a massive scale and regularly. And they deny doing it, even though proof keeps coming in. And then they protest. What they do is pretend to be defenders of principles that they themselves unscrupulously violate," the Lithuanian minister said, indignant.

Linkevičius said he was not sure if Lithuania would react to the protest letter from the Russian MFA. He added, however, that Lithuania usually responded to diplomatic notes, whereas Russia did not.