BNS EN
aA
Russia's increasingly active military actions are a geopolitical threat to the Western world, however, the situation should be deescalated to avoid major military conflicts, Lithuania's President Dalia Grybauskaitė said in Brussels on Thursday. 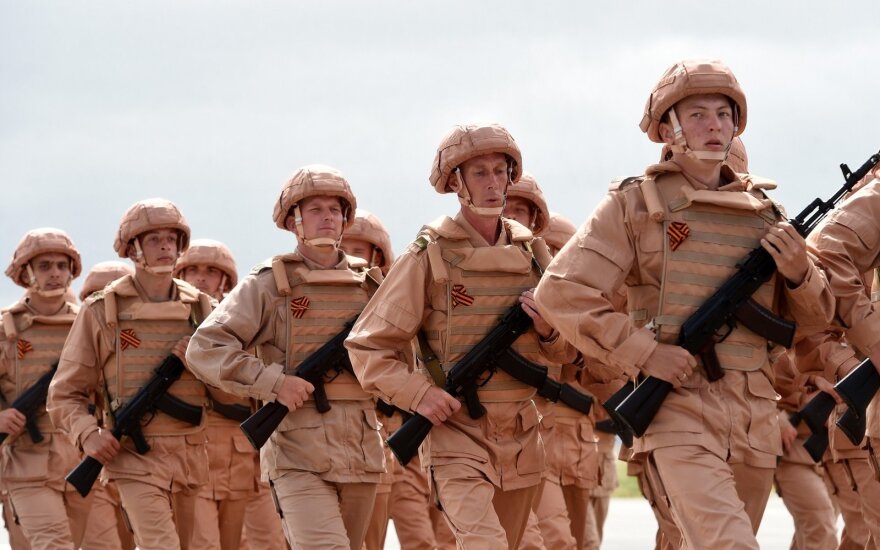 "We are always in support of a dialogue, a constructive dialogue and a relationship, especially when it comes to neighbors. The neighbor is starting to be aggressive and threatening in the geopolitical sense. Therefore, we will always state clearly and unambiguously how things are, at the same time being in support of retaining channels of communication," Grybauskaitė told Brussels journalists after arriving for a two-day European Council.

In comment of the movement of Russian warships from the Northern and the Baltic seas to Syria, the Lithuanian president emphasized that the escalation caused by Russia was global, adding that the tensions between the Western world and Russia were growing.

Grybauskaitė said the group of Russian warships headed to Syria was "the largest concentration of warships and military escalation since the Cold War."

"It is now probably more important to speak about deescalating the situation so that it does not lead to very serious military conflicts," she added.

EU leaders are gathering for two days of talks on Thursday to discuss tense relations with Moscow. Presidents and heads of governments should address Russia's bombing of civilian population in Aleppo, actions in Ukraine and the Baltic Sea region.

Top leaders of the European Union intends to strongly condemn Moscow and urge it to cease military action in Syria for good, reads a draft statement of the European Council leaked to the media.

During talks with Russia's President Vladimir Putin in Berlin on Wednesday, French and German leaders warned they could not rule out sanctions over suspected Aleppo bombings. Britain's Prime Minister Theresa May said upon arrival at the EU summit on Thursday that Europe should take a firm and unified stance on Russian atrocities in Syria.

Russia's Defense Ministry said this week that naval carrier Admiral Kuznetsov with a group of warships had Saturday left the Northern Sea for the Mediterranean Sea to join the forces bombarding Syria. According to Reuters news agency, citing diplomatic sources in NATO, a large share of the Russian Baltic Fleet has also started moving towards Syria.

Lithuania does not rule out broadening its national sanctions against Russia if the European Union...

Leaders of European Union (EU) member-states are united on the stance on the Russia n actions in...