BNS EN
An intensifying demonstration of Russia's military power in the region poses a threat to security not only in the region, but also in the whole of Europe, Lithuanian President Dalia Grybauskaitė said on Wednesday. 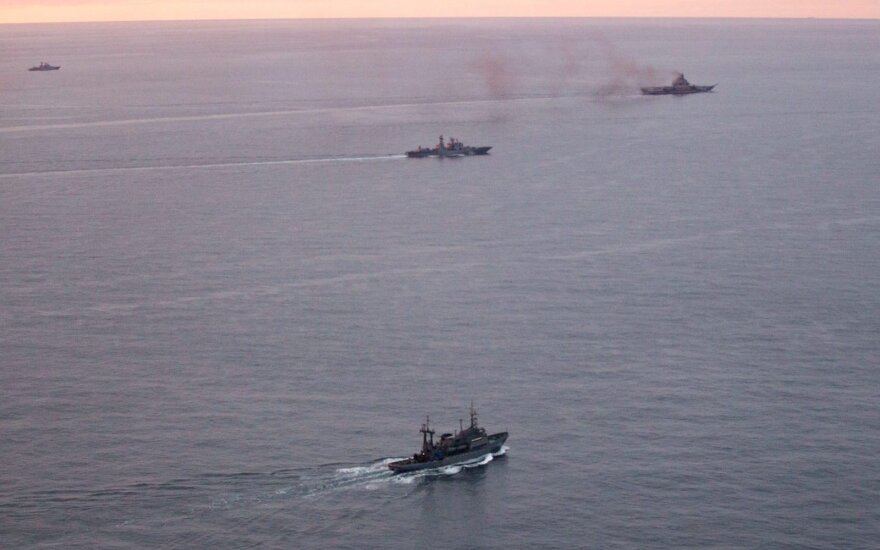 Grybauskaitė said this at a joint news conference with her Estonian counterpart as she commented on media reports about a possible deployment by Russia of nuclear-capable warships in the Baltic Sea.

"If this is confirmed, it shows only one thing: escalation between the East and the West is being demonstratively increased," Grybauskaitė told reporters, stressing that the information had not been officially confirmed yet.

Express.co.uk reported on Tuesday, citing defence sources in Brussels, that Russia might dispatch a group of ships, including two vessels equipped with the Kalibr-NK long range missile systems, which can be fitted with nuclear warheads, to the Baltic Sea. There have also been reports in the Russian media about the deployment of these weapons.

Speaking about Russia's transfer of nuclear-capable Iskander missiles in Kaliningrad for military drills, Grybauskaitė earlier this month called such moves by Russia "an aggressive, open demonstration of aggression against not only our region or the Baltic countries".

"No doubt, this is directed against European capitals, not against the Baltic countries. This is a demonstrative escalation of tensions between the East and the West, which is what the Baltic countries stated a long time ago. This is becoming increasingly obvious every day," she said at the news conference on Wednesday.

Estonian President Kersti Kaljulaid, on a visit to Vilnius, described Russia as "a predictably unreliable neighbor" that cannot be ignored.

Paraphrasing these words, Grybauskaitė said that Russia was "a predictably unpredictable neighbor".

The Estonian president underlined the need for the Baltic countries to continue their cooperation with NATO and to seek European unity on security issues and its position toward Russia "even if you do not see an immediate effect".

"Minsk agreements remain unfulfilled. There are new developments every day, every week, the horrible humanitarian situation, which we now see as a result of the Syrian conflict -- all this is Russia's doing. We cannot ignore it; we need to speak about it. And we need to be grateful to our European partners that they have supported our position," she said.

Kaljulaid welcome Lithuania's efforts to boost its defense spending to 2 percent of GDP and its "courageous decision" to reintroduce mandatory military conscription.

"That is after all the first pillar of NATO: you need to be able to defend yourself and then to rely on your allies," the Estonian president said.

"We need to continue this cooperation with NATO allies to discuss what needs to be next done to make sure that our deterrence is good," she said.

NATO battalion in Lithuania to have tanks, IFVs

NATO 's multinational battalion to be deployed to Lithuania next year will have both tanks and...

Fighter-jets conducting the NATO air-policing mission were last week scrambled once to intercept a...