BNS
aA
Russia condemned on Monday a decision by the local authority of the nothern Lithuanian district of Biržai to put up special explanatory signs next to monuments to Soviet soldiers to say that the inscriptions on these monuments do not correspond to historical truth. 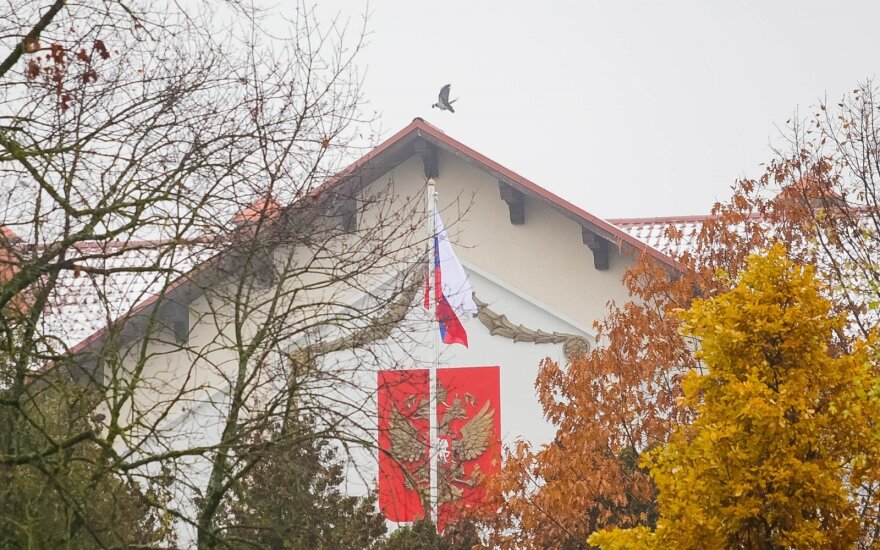 The Russian embassy to Lithuania described the decision as disgusting and undermining historical memory.

"This is a disgusting decision that insults the memory of 970 soldiers, including the four Soviet heroes who died in 1944 while liberating this territory of Lithuania from fascist German invaders," it said in a statement.

The embassy said that the decision by Biržai officials would be assessed by lawyers.

The first explanatory sign has been put up at a Soviet-era cemetery in Nemunėlio Radviliškis, with plans to place such signs next to monuments to Soviet soldiers in Biržai itself and in Vabalninkas, another small town in the district.

The daily Lietuvos Žinios reported last week that politicians in Biržai had long thought about how put up explanations at such places about the Soviet Union's contribution to World War II and its subsequent occupation of Lithuania.

Biržai Vice-Mayor Irutė Varžienė says that the upcoming centenary of the restoration of Lithuania's statehood added urgency to solving the problem.

Dalius Mikelionis, an officer in charge of heritage at the town, said, "I'm not sure they were actually liberators, given that our people had to fight against them in the forests for ten years after that and that they did not return from these forests".

Active guerrilla fighting for Lithuania's independence took place between 1944 and 1953, claiming the lives of over 20,000 participants of the resistance efforts, their family members and supporters.

Some 275,000 people were sent to forced labor camps and deported from Lithuania during the Soviet occupation.

The municipality of the Biržai district, northern Lithuania, has initiated placement of signs next...

Were surprised only by the Russian Ambassador but not by Russia

Russia's ambassador to Lithuania has failed to convince the local government of Šiauliai to leave a...

We Thought We'd Be Back Soon. A Flag and a Handful of Earth

We Thought We'd Be Back Soon. I Left With Only My Suit

We Thought We'd Be Back Soon. It's Hard to Leave Lithuania, Especially for a Farmer