BNS
aA
Ramūnas Karbauskis, chairman of the ruling Lithuanian Farmers and Greens Union (LVŽS), says he is very sorry about Bronius Markauskas' decision to step down as agriculture minister. 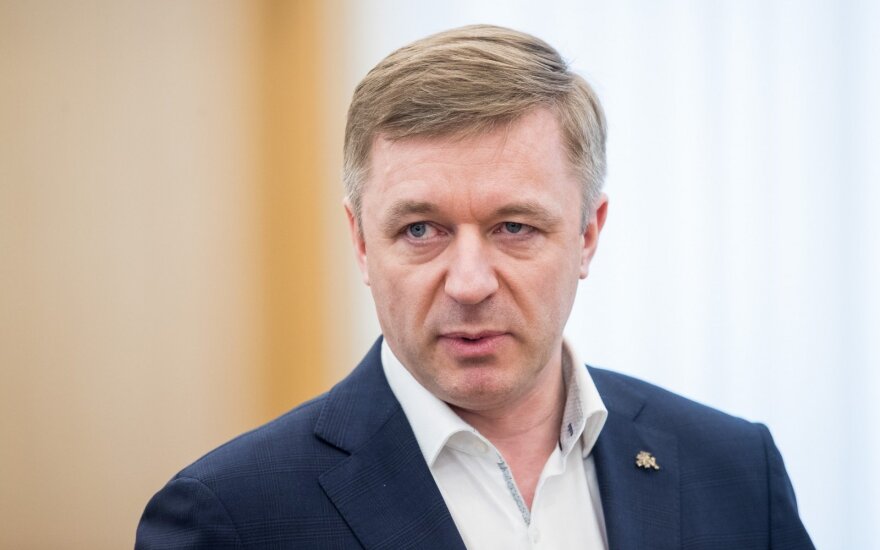 "I'm very sorry about that, because (Markauskas has) absolute support from the farming community," he told BNS on Wednesday, commenting on the minister's resignation.

Karbauskis said that Markauskas was apparently quitting due to pressure on his family, on his elderly mother, adding that there were no objective reasons for him to leave his post.

"The minister is under immense pressure, not he personally, but his family. Judging from my conversations with the minister, this is practically unbearable," the LVŽS leader said. "The methods used by journalists, going there to film his blind mother and interview her, (...) are inhumane."

"There are no legal issues. As to moral issues, these things are not something ministers should resign for," he added.

Prime Minister Saulius Skvernelis said after the Cabinet's meeting earlier in the day that Markauskas was stepping down amid criticism over his family's farming practices.

Bronius Markauskas is stepping down as Lithuania's agriculture minister amid criticism over his...

War between Grybauskaitė and Skvernelis: this will cost one of them dearly