aA
Prime Minister Saulius Skvernelis was surprised by President Dalia Grybauskaitė's decision not to appoint Irma Gudžiūnaitė to be Environment Minister. He claimed that the presidential candidate had promised a positive decision on her suitability for office. The Prime Minister claims that it will not be possible to reconcile new nominees for Environment Minister with the President, LRT.lt reported. 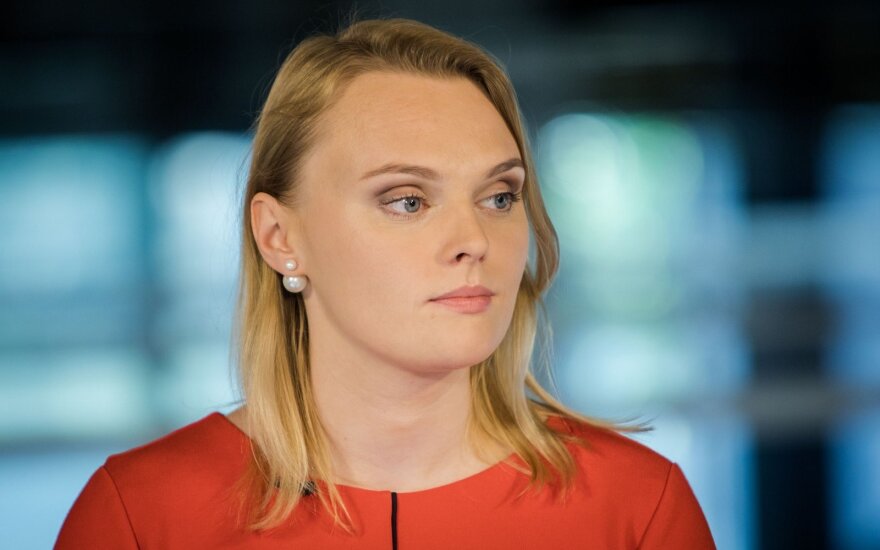 In turn, LRT analyst Jurga Tvaskienė says that it is not necessary to accept the words of the prime minister or Ramūnas Karbauskis, leader of the Lithuanian Farmers and Greens Union, about anger and insults about "hard cash", because under all the displayed anger there can only be one aspect of the political game.

"You probably don't immediately think that the prime minister and the ruling party leader are in reality angry. From the point of view of the country, it looks like a big part of the game has been thought out in advance and this is happening for several purposes. First of all, Mr. Skvernelis quite hastily dismissed the Environment Minister and he had to quickly find someone different for that position. Maybe there were those people, but you get the impression that there were not. Later, a message spreads that there are no women left in government. And from here comes the idea comes that we provide a woman who has too little experience, poor understanding of this field, and we know that the president will not approve her,” considered Tvaskienė.

According to the analyst, watching from the side, it seems the President was offered such a candidate with which the leader of the country could hardly agree.

"Skvernelis has the power to say that the President did not approved the candidacy, perhaps covered by a message that the prime minister also does not have a candidate. In this case, the prime minister wins another thing - the president is a politician whose word is very weighty in the context of the elections. If Skvernelis makes the case where Grybauskaitė remains a politician who does not approve ministers who speak out, then perhaps her word will carry less weight, and then we can clearly suspect that Skvernelis is preparing to enter the election," said Tvaskienė.

According to the political analyst, the President is now captivated by the intrigues and scandalous rumors of the ruling party.

"The impression is that both the ruling party and candidate Skvernelisis are trying to undermine the authority of the president, eliminating an important opponent who could prevent a smooth path to the elections," Tvaskienė shared her insights.

The Lithuanian president rejected on Wednesday the candidacy of Irma Gudžiūnaitė for the...

Social Democrat Labour seek a president: A. Butkevičius mentioned as a potential candidate to his own surprise

The Lithuanian Social Democratic Labour Party could back the presidential bid of Prime Minister...