BNS
aA
The ruling parties in Lithuania have failed in their bid to have the existing election threshold for getting into parliament reduced to 3 percent amid a lack of a quorum. 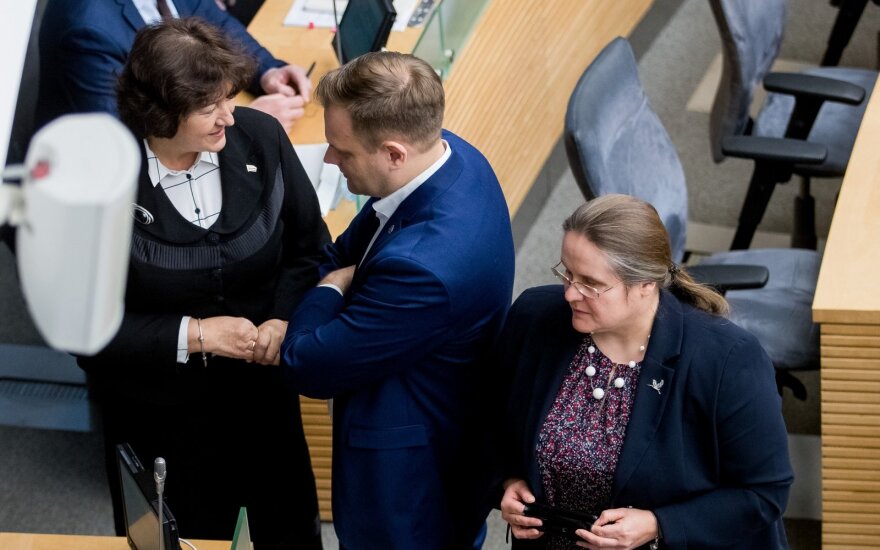 Members of the opposition boycotted the vote.

Speaking in favor of the amendment, MP Povilas Urbsys, representing the non-attached political group, acknowledged that "the amendment was initiated out of political calculation and democracy is used as a fig leaf", but a lower threshold would lead to a wider public representation.

"If we are speaking about the renewal of political parties, we need that draught hat might also push me out of the Seimas as well, but the renewal incentive would motivate you, traditional parties, and you will do everything to mobilize you voters and win elections," Urbsys said.

Meanwhile MP Mykolas Majauskas, representing the opposition conservative Homeland Union – Lithuanian Christian Democrats, said "lowering the threshold would make the Seimas into a Tower of Babel where it will be hard to make oneself understood".

Seimas of Lithuania had given its initial backing to the proposal by the ruling parties to reduce the existing election thresholds to 3 percent for political parties and to 5 percent for party coalitions.

The initial bill version stipulated the lowering of the election threshold for political parties in the multi-member constituency to 4 percent and to 6 percent for coalitions. This version was also backed by the presidential office.

The amendment was initiated by liberal MP Simonas Gentvilas motivating his decision with the wish to harmonize the regulation for Seimas and local elections. Now in Lithuania, there are 4 and 6 percent thresholds for local elections.

The Lithuanian Seimas on Tuesday lowered the parliamentary election threshold to 3 percent for...