BNS EN
aA
The ruling Lithuanian Farmers and Greens Union (LFGU) continues to top popularity rankings, with 26 percent of respondents saying they would vote for it if general elections were held next Sunday, according to a survey conducted by the pollster RAIT for BNS. 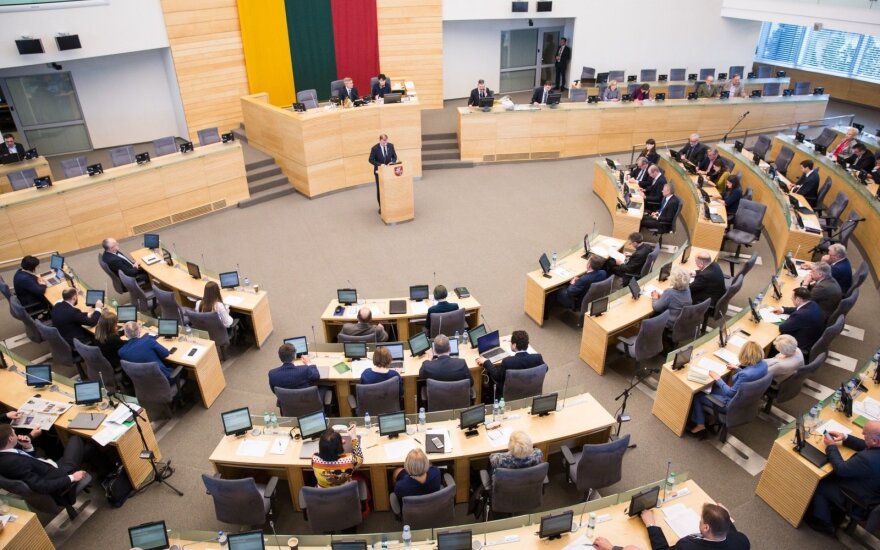 The conservative Homeland Union–Lithuanian Christian Democrats holds onto its number two spot with 10 percent support, but the Lithuanian Social Democratic Party and the Liberal Movement are hot on its heels with 9 percent each.

The conservatives' popularity dropped by 4 percentage points over the month. Changes in other parties' rankings were within the error margin.

Related articles
Popularity of Skvernelis is not a record breaking: one PM was even more popular
PM's popularity continues growing

The survey was conducted before prosecutors said they suspected the Liberal Movement of having indirectly received illegal financial support from MG Baltic, one of the country's biggest business groups.

With support from 3 percent of respondents, the Order and Justice party is the closest to clearing the 5 percent hurdle required to enter the Seimas.

Two percent of those polled said they would vote for the Electoral Action of Poles in Lithuania–Christian Families Alliance, the Lithuanian Freedom Union and the Lithuanian Greens Party each.

The survey shows that all of Lithuania's top-ranking politicians continue to enjoy rather high approval ratings.

Prime Minister Saulius Skvernelis last month was rated favorably by 67 percent of respondents, followed by President Dalia Grybauskaitė with 63 percent, LFGU chairman Ramūnas Karbauskis with 51 percent and Viktoras Pranckietis, the speaker of the Seimas, with 49 percent.