BNS EN
After Lithuania started to receive more refugees under the European Union (EU) program, its Rukla refugee reception centre may soon start running short on accommodation for all newcomers. 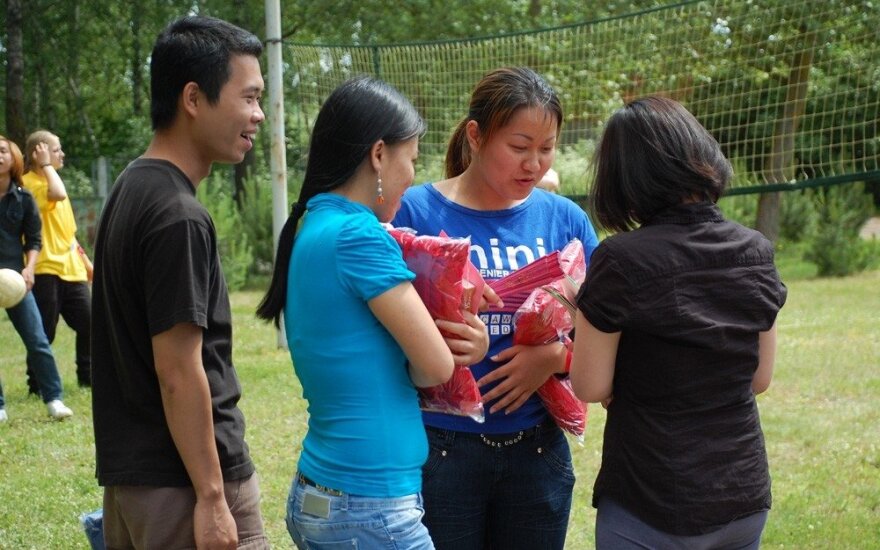 About 120 people currently reside at the Rukla centre, with another 70 expected later in October.

The center intends to shortly send off 30 refugees to Lithuania's municipalities for further integration, furthermore, plans on vacating premises that were initially intended for victims of human trafficking.

"It is hard. We will be full," Robertas Mikulėnas, director of the Rukla refugee reception center, told BNS.

Lithuania's government has no plans of building new facilities.

Related articles
Lithuania to step up language teaching of refugees
To Whom It May Concern… before it is too late! #RefugeesLT  (3)

"We will definitely not invest in new buildings or annexes. We do not want them standing empty afterwards. When it comes to hosting refugees, we will work on using the existing capacities without expanding them," Social Security and Labor Vice-Minister Algirdas Šešelgis told BNS.

In his words, an agreement has been reached with the Interior Ministry to place refugees in the dormitory of the Foreigners Registration Center in Pabradė, which can accommodate about 40 people.

By now, Lithuania has received 124 refugees under the EU program, mainly from the war-torn Syria.

EU has decided to distribute 160,000 refugees from Italy and Greece among member-states within two years, while Lithuania has committed to receiving 1,105. The current pace makes it clear that Lithuania and the majority of other nations will not reach the numbers in time.

Lithuania to step up language teaching of refugees

More intensive teaching of the Lithuanian language is planned for refugees – they will have to...

To Whom It May Concern… before it is too late! #RefugeesLT (3)

This is the first text from our #RefugeesLT initiative. On my third month in Lithuania as a...

Another 20 refugees from Syria arrived in Lithuania on Wednesday under the European Union (EU)...

Radwan is a journalist from Syria who moved to Vilnius from a refugee centre a few weeks ago. While...