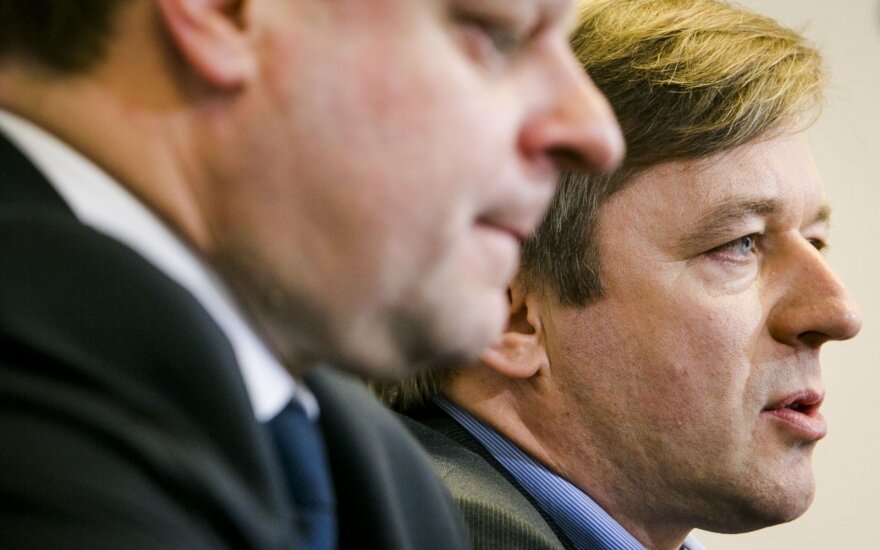 The Lithuanian Peasant and Greens Union led by entrepreneur Ramūnas Karbauskis has announced some of their leading candidates for single-member constituencies.

Public opinion and market research company‘s Vilmorus polling data from April shows that 11.1% of voters would support the Peasant and Greens Union in an election.

Top of the list is former Interior Minister Saulius Skvernelis who joined the party recently and according to recent polls is seen in a positive light by 56.3% of voters and viewed negatively by just 12.4%. Second on the list is the party leader Karbauskis who has an approval rating of 41.7% while 16% have negative views of him.

During the last election to the Seimas, Lithuanian Peasant and Greens Union won just 3.88% of votes, failing to break the threshold for party candidates to be elected under the list system.

Lithuanian electoral system is a mixed system with 71 members of parliament elected in single-member constituencies and 70 MPS elected to the parliament under the list system of candidates that parties select.

“Now is not the stage when people are coming to our party in masses, but we are trying to distribute single-member constituencies to have strong candidates and we are in no rush,” said Karbauskis.

But privately, some party politicians said that finding strong candidates for the Union was not easy, despite the strong party rating.

‘For Šiauliai’ movement links up with Peasant and Greens Union

The Lithuanian Peasant and Greens Union (LŽVS) has finalized its candidate list for October's...