LT Daily, media brief
aA
A restoration of trade relations between Moscow and Brussels should not be expected in the near future, said the European Union Ambassador to the Russian Federation Vygaudas Ušackas in a meeting with the businessmen of the port city of Klaipėda. 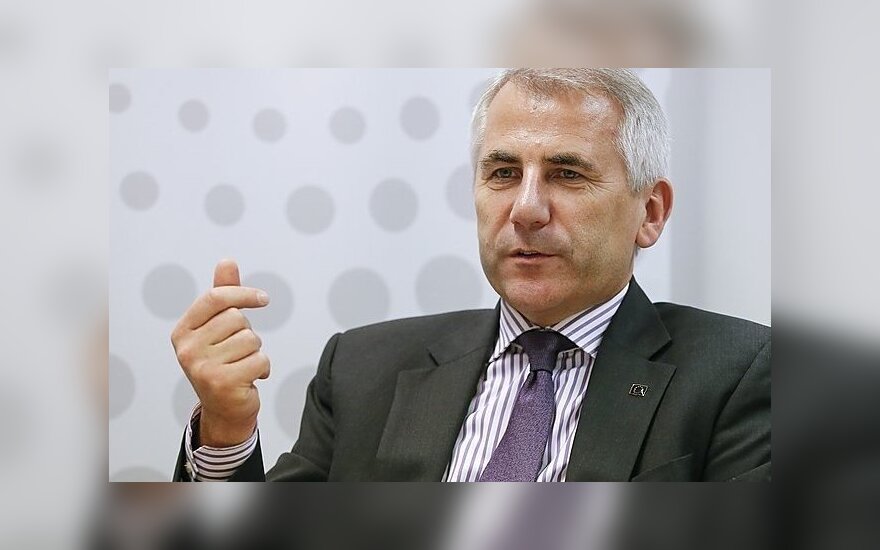 “The EU remains the largest Russia's partner, 70% of Russian oil and 60% of the gas is sold in the EU market, 75% of investments in Russia come from the EU. But that what happened in Ukraine disrupted relationships, because of the violation of international law to respect the country's territorial integrity, undermining the trust of neighbours. Western Europe had sincerely believed that it will succeed in modernizing the Russian political system and would attract its economy closer to EU principles. Those hopes were linked with Russia's accession to the World Trade Organization – it has been expected that trade with Russia would have been easier,” said Ušackas.

“Ukraine's rapprochement with the EU poses an apparent threat to Russia. We should have no illusions that we will come back to the earlier state of cooperation. Russia lives in another information field. Its position is that everyone ostensibly wants to disrupt it and seize its resources,” he said.

To replace the loss of the Russian market, he said it would be more beneficial for Lithuania to pursue relations with Kazakhstan, which recently signed a new cooperation agreement with the EU and with Belarus, which currently has warmer relations with the EU.

He said relations with Russia are complicated by the economic crisis in Russia brought on by the fall in oil prices, the decline in the country's GDP, and increased inflation.

“The last opinion poll showed that even 60% of Russian respondents to the question of whether Russia is developing in a positive direction, replied negatively. Russian people are starting to think about what has happened over the last two years with their nearest neighbours.”

The EU ambassador said it was worrying that Russia had included the development of a military-industrial complex among its economic priorities.

The EU wants to examine the contracts which Gazprom has signed with European companies including...

After the European Union's (EU) Ambassador to Moscow Vygaudas Ušackas spoke about insufficient...

The European Union 's Ambassador in Moscow Vygaudas Ušackas says that Lithuania should work to...