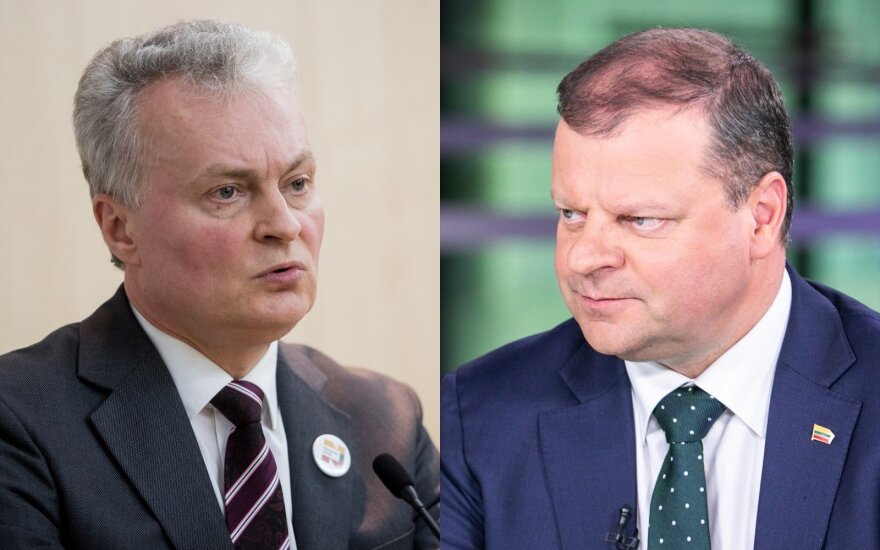 "Nothing new – the bank analysis format continues. Unfortunately, the accuracy is the same as for forecasts on adopting the euro. I can only remind that the cabinet's work report has not been presented and the analyst is clearly confused in his "research"," T. Beržinskas stated.

Meanwhile, cabinet vice chancellor Alminas Mačiulis criticised G. Nausėda's analysis, stating that the cabinet's work plan should not be evaluated by direct arithmetic. He explains that in preparing the initial plans, the measures were too detailed and instead of 87 actions being relinquished, they simply were consolidated.

At the same time, A. Mačiulis did not deny delays, but emphasised that this is due to objective reasons, such as the new minister of education and science needing more time to review matters related to education reform.

Related articles
Paluckas expects “Farmers” will not win any elections
Nausėda‘s response to Landsbergis: I suggest raising your head from the trenches

Nausėda: the cabinet is running late

Presidential candidate G. Nausėda has stated that while the cabinet declared that it had performed 86% of expected tasks by 2019, it remained silent that for part of the tasks, their due dates were moved to 2019 and 2020. If one rolls back the due dates and scale of work to the plans approved at the start of the cabinet's work, it turns out that Saulius Skvernelis' cabinet is 21-27% belated in accomplishing its commitments to the people, with a quarter of promised accomplishments not being on time.

"The head of cabinet should not yield to the temptation to try and change the six on his report card to an eight, like students sometimes attempt to appear better before their parents," economist G. Nausėda stated, pointing out that with some plans being moved to election year, they will likely be further belated due to the turbulent political atmosphere of the time, while newly included tasks have not compensated the postponed and removed ones.

Specialists from G. Nausėda's electoral headquarters analysed public cabinet documents only to find that in early 2017, the cabinet's programme implementation plan contained 813 actions, which was reduced to 783 by early 2019. Throughout the period, 41 tasks were removed and 11 were added.

Among the cabinet's promises not implemented on time is free bachelor's studies, renewing student social support, preparing and approving a culture strategy for Lithuania, municipal infrastructure optimisation and creating a balanced development mechanism.

Nausėda‘s response to Landsbergis: I suggest raising your head from the trenches

“When you’ve been in the trenches of politics for too long, everyone, who isn’t with you,...