STRATFOR
aA
Eduard Shevardnadze, the last foreign minister of the Soviet Union and onetime president of Georgia, died Monday. Shevardnadze had not been active in politics since his ouster as president during the Rose Revolution in 2003. However, his time in politics marks two critical periods of transition in geopolitics and the world: the end of the Cold War and the restart of the U.S.-Russian struggle. 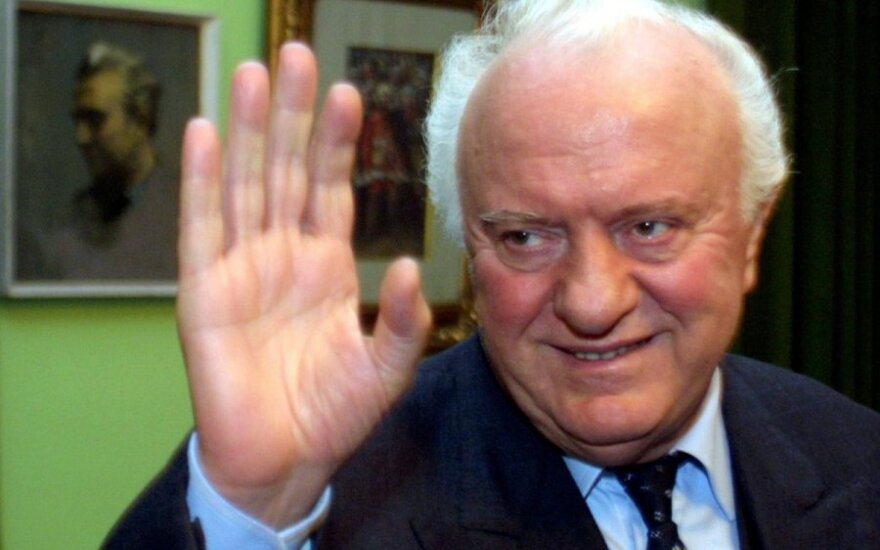 In 1985, Shevardnadze, who had no real experience in foreign policy, was a curious choice as the Soviet Union's minister of foreign affairs. He had risen through the ranks of Soviet bureaucracy by supporting whoever was on the rise at the time - Konstantin Chernenko, Yuri Andropov and then Mikhail Gorbachev. Gorbachev's appointment of Shevardnadze came as the Soviet leader was sweeping out any old thinkers who would not agree with his reformist ideas. Shevardnadze's inexperience enabled him to adapt quickly to the changes Gorbachev launched in the Soviet Union and on the international stage.

One of the first bold moves was the Kremlin's break from the Brezhnev Doctrine, under which Moscow controlled the internal affairs of the Warsaw Pact states. Doing away with the Brezhnev Doctrine cleared the path for the emergence of a series of revolutions and pro-democracy uprisings across the Eastern European satellite states. Though originally a hard-line Communist, Shevardnadze switched his support to political and economic liberalization schemes; in fact, he pushed for even greater reforms than Gorbachev's glasnost and perestroika. In the 1990s, Shevardnadze agreed to the U.N. declaration for the first Gulf War, giving the United States rare international support from the Soviet Union. These shifts were the beginning of the end of the U.S.-Soviet competition and laid the groundwork for the collapse of the Soviet Union.

All of this led the West to greatly admire Shevardnadze. In Russia, on the other hand, he is despised - along with Gorbachev - as one of the men responsible for the eventual Soviet capitulation to the United States and the end of the Soviet Union (and thus the Cold War).

The second transition associated with Shevardnadze is the resumption of competition between Washington and Moscow. Following the Soviet collapse, Shevardnadze returned to Georgia, eventually becoming its president in 1995. He was re-elected - though the election results were dubious - in 2000. Shevardnadze was highly regarded in the West, but Georgians eventually came to view him as corrupt. Moreover, just because Washington liked him during the final years of the Soviet Union did not mean it approved of him in the long term. In 2003, Georgia underwent a series of uprisings that eventually turned into the Western-supported Rose Revolution. Shevardnadze was ousted in favor of America's new favored candidate, Mikhail Saakashvili.

More than a change in personalities, the Rose Revolution and Shevardnadze's ouster were two of the events marking a transition back to a Cold War-esque competition between Russia and the United States. The year after the Rose Revolution, NATO expanded into the Baltic states and the Orange Revolution ousted the government in Ukraine. Russia saw these events as part of a U.S. strategy to increase Western influence in Eurasia and contain Russia, which was starting to stabilize after the chaos following the Soviet collapse. In response Russia resurged back into its borderlands and adopted more assertive international policies.

The transition out of the Cold War and into a new version of the U.S.-Russian standoff was not dependent on Shevardnadze. However, his time in power represents the shift between phases of the broader geopolitical competition between Washington and Moscow.

Former Georgian president and one of the last foreign ministers of the USSR Eduard Shevardnadze...