Refugee resettlement in Lithuania and EU 'is failing' 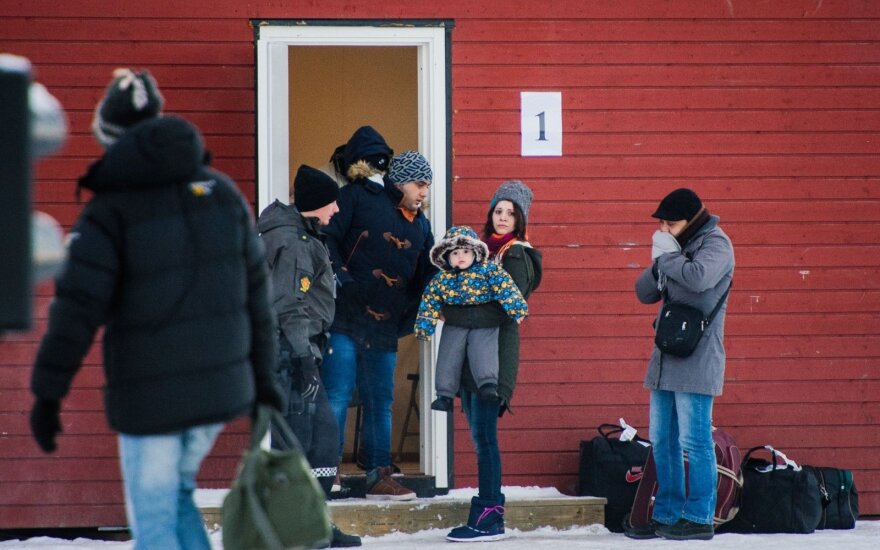 "The numbers [of resettled refugees] are incredibly small and if the progress continues at the current pace - and I do not mean just in Lithuania - then we will struggle to implement even the current quotas," Vaitkus told BNS.

Lithuania has committed to resettling 1,105 refugees over two years, out of the total quota of 160,000 agreed on by the European Union.

So far, however, only 279 refugees have been resettled from Italy under the programme and 202 from Greece, according to the Lithuanian representation to the EU. Not one refugee has been moved from Hungary.

A family of four from Iraq arrived in Lithuania last December. The Lithuanian vice-chancellor says the resettlement programme is stalling because the country carries out additional checks.

Deputy Minister of the Interior Elvinas Jankevičius says, however, that the main problem is the overwhelming flows of migrants in Europe and the failure of Greece, Italy and Hungary to control them.

"The flows are too big - individual countries cannot deal with them. I think it is impossible to deal with 5,000-10,000 migrants a day, if these countries are on their own," Jankevičius said.

All EU countries must contribute in order to manage migrant flows and have all migrants registered, he believes. Moreover, the EU should give more funding to refugee camps in Middle Eastern countries, Jankevičius says.

Group to collect signatures against refugee resettlement in Lithuania (3)

A group wants to collect 50,000 signatures under a petition which would force parliament to reconsider...

The European Union might have to sacrifice the free movement of people for the sake of security, if...