(2)
aA
The Baltic states, along with other European Union nations, have agreed to take in a portion of refugees that have been fleeing wars in the Middle East. Diminutive though these numbers are, the fact that the refugees come from predominantly Muslim countries seems to inspire some fears among Estonians, Latvians and Lithuanians. 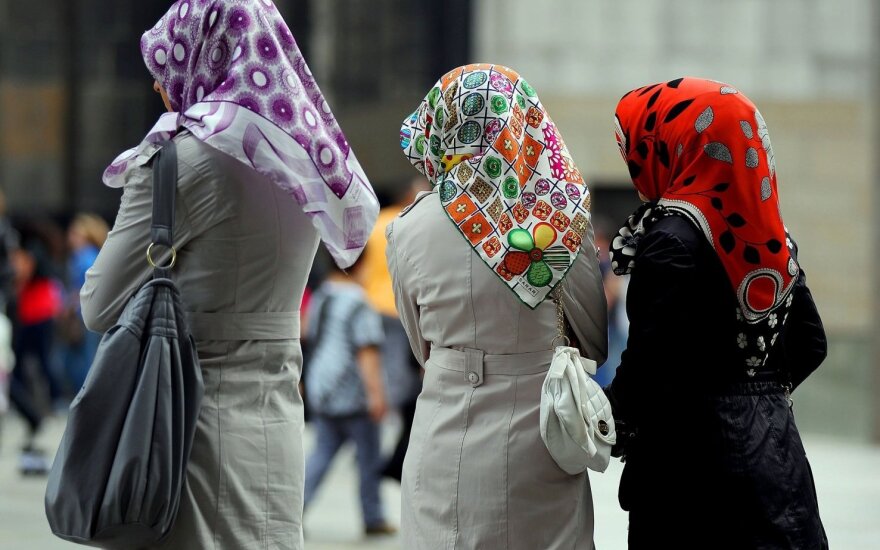 "The rules must be set before similar issues and problems start arising [in Estonia] that have emerged in various European countries regarding the issue of cultural diversity," Tsahkna told Postimees. "Regulation of these issues afterwards is very complex. What concerns wearing facial covering in public spaces, it is inherent in our society that people have to be identifiable."

"I will not say whether it should be banned or allowed, but in either case, a discussion must begin," Vejonis told TNT television recently. “My personal opinion, of course, is that such head coverings should not be worn, because Latvian society is open - we accept people of various ethnicities, we are tolerant toward these people, and I see no reason why such coverings should be used.”

While Lithuanian politicians have not yet proposed any such measures, cultural anxieties run high in Vilnius, too. Interior Minister Saulius Skvernelis said he wanted to pick refugees according to their cultural affinity to the hosting nation, which essentially means he would prefer Christians over Muslims.

"We plan to actively participate in the process [of selection], talk to Italy and Greece that those persons we would like to relocate meet our country's national security interest, other interests, perhaps the needs of our labour market, perhaps social, cultural and historic aspects. We should send our liaison officers to actively participate in this process," the minister said in July.

Lithuania's former minister of the interior, liberal Artūras Melianas, had this to say on the issue: "I believe that banning the burqas is a possible thing in Lithuania. Personally, I think that burqas infringes on the women's rights."

Laws banning face-covering clothing have caused controversy across the EU. France and Belgium banned wearing burqas in public in 2010, the Netherlands followed suit earlier this year.

Estonian Social Security Minister Margus Tsahkna made a proposal at the cabinet meeting on Thursday to...

The EU announced on Monday that it has approved EUR 2.4 billion of funding to help member-states over...

The Labour Party , which is part of Lithuania's ruling coalition, issued a statement on Wednesday,...

Lithuania to accept 325 refugees over 2 years

Lithuania will accept 325 refugees over the next two years, the country's President Dalia...