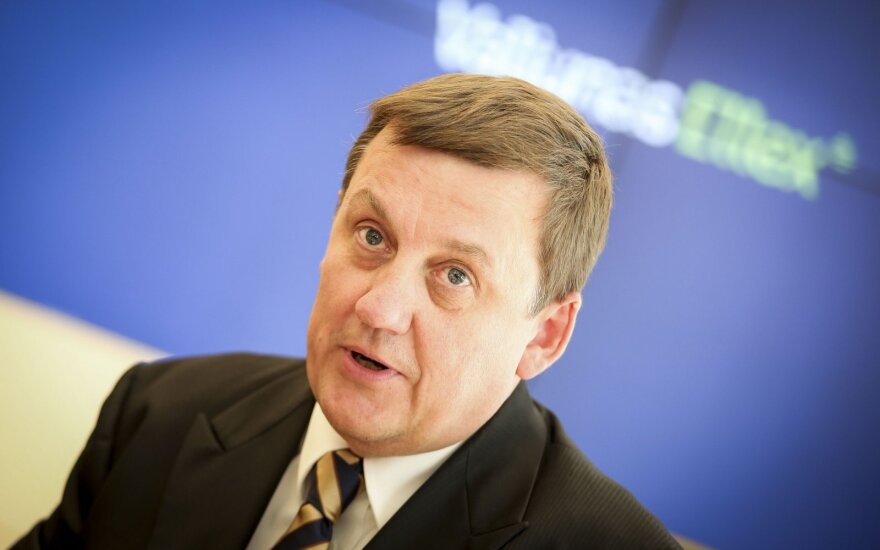 The past year has been fairly successful for Lithuania with investor confidence and the competitiveness index rising, alongside the smooth transition into the euro and conclusion of strategic energy projects.

Related articles
'Moment of truth' for Lithuanian economy after 2020
Bank of Lithuania forecast – how will we live next year?

Among issues he highlighted the lack of qualified labour and hence the necessity to successfully reform higher and professional education systems. Furthermore Valiūnas pointed out the need to adjust perceptions of foreign labour from generalising it as migrants to acknowledging the presence of talented and skilled labour. With the eventual decrease of EU support and general trend of decreasing investment in Eastern and Central Europe, Lithuania needs to focus on increasing competitiveness by achieving results in these two factors.

“The expatriates will be brought back by larger wages, not by one variation of the labour code or another. We have to simplify migration procedures. The line of thought on how to prevent entry is still very much alive here. Most fail to appreciate the difference between talents and migrants,” said Valiūnas, nevertheless adding that more flexible labour regulations are needed, asserting that if the President’s veto in the new labour code is not overruled, foreign investors will be sent a bad signal.

The final recommendation came in the form of suggesting to list state companies in the stock market, which could both increase effectiveness and operational transparency.

'Moment of truth' for Lithuanian economy after 2020

The end of the European Union 's current financial period in 2020, after which Lithuania will be...