BNS
aA
After Lietuvos Geležinkeliai (Lithuanian Railways, LG) announced its plans to rebuild a railway stretch to Renge dismantled nearly a decade ago to eliminate a violation that led to a European Commission (EC) fine, Lithuania's Transport and Communication Minister Rokas Masiulis says the rebuilding is a political step, not just an economic move. 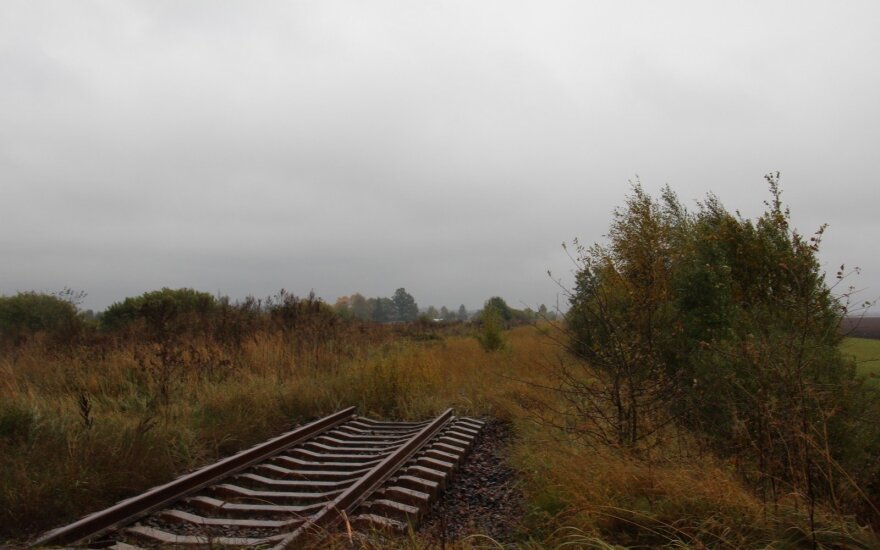 In an interview to BNS, Masiulis said Renge had become a symbol of aggressive treatment of neighbors, therefore, rebuilding the 20-km railway stretch would demonstrate good will to partners in Poland and Latvia. The minister said the rebuilding plans should not be linked with LG plans to appeal against the EC fine.

"We can go to court but it is probably worthwhile to consider the possibility of simply rebuilding Renge, without linking it to the case but showing good will to our partners in Poland and Latvia that we simply want to put an end to the issue that developed to this level. A case is a case, and we may even not link the rebuilding with it," Masiulis told BNS.

In comment of the possibility of filing an appeal against the fine of nearly 28 million euros, Masiulis said no decision had yet been made and would be finalized by Dec. 18, the deadline for the appeal, after a conversation with EC competition commissioner Margrethe Vestager.

In the opinion of both Orlen Lietuva and the Latvian side, Renge is much needed, said the Lithuanian minister, however, in reality the volume of cargo to Latvia has remained the same before and after Renge dismantling.

"I believe Latvia can be reached via existing routes, however, Renge also has a significant symbolic meaning – as aggressive conduct of Lietuvos Gelezinkeliai, which can only be settled by rebuilding," said Masiulis.

LG executives are already in talks with Orlen and Latvian railway operators. The minister said he also intended to speak with his Latvian counterpart during the Vilnius meeting of the Baltic Council of Ministers on November 15.

"We have to find a solution with them. We have to be able to get over ourselves and look for points of contact because if we only want to fight others, we will always find a way. Searching for each other's weak spots would not be a good thing. We have to draw a line and look at the future rather than the past," the minister told BNS.

In comment of the EC requirement to separate LG's activities into separate companies with separate shareholders, Masiulis said Lithuania's national security condition was different from that of the rest of the member-states of the European Union.

"We need to understand that Lithuania ensures transit to Kaliningrad, which is the most militarized zone in Europe. It is in the interest of Lithuania and the rest of Europe to control the transit to the zone. Imagine what would happen if we opened the entrance and separated the market – it is a strategic goal for Russia. How long would it take to dump the prices, and this is not about commerce but about politics and geopolitics. If we were to release the reins, I am convinced they would try to get a foothold of the traffic," said Masiulis.

On October 2, the European Commission said Lietuvos Gelezinkeliai had unlawfully restricted competition by dismantling a railway stretch from Mažeikiai, northern Lithuania, to Renge and imposed a fine of 27.8 million euros. Lithuania has also been told to mend the violation by rebuilding the tracks of taking other measures to restore competition.

Lietuvos Geležinkeliai (Lithuanian Railways, LG) intends to file an appeal against the European...

After European Commissioner Margrethe Vestage r stated that Lithuania could have avoided the...