(1)
Relations between Lithuania and Poland have been chilly for some time now and experts say that the delay in works on the 200km Rail Baltica stretch between Warsaw and Šeštokai are a reflection of that state of affairs. 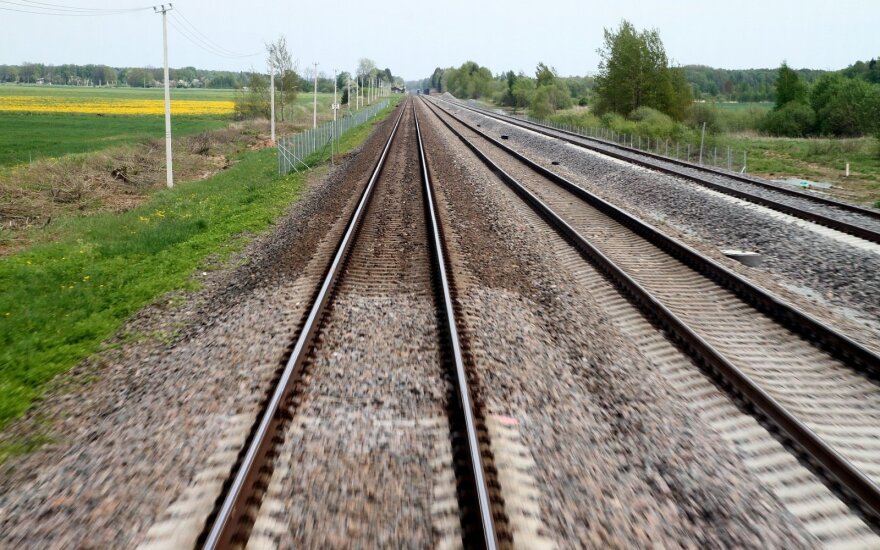 Poland has designated a massive €26 billion for the railway infrastructure improvement works, but none of the zloty designated for the Rail Baltica project have been used yet. The works for the Lithuanian section of the rail link were started in March 2013 and have already been completed.

“Polish authorities commissioned a feasibility study in 2015, but that did not go ahead for reasons unknown. Now Poland is planning to complete the design works only in 2020 and the track reconstruction - in 2025, when Lithuania, Latvia and Estonia will have prepared the European track in their own countries,” said Domas Jurevičius, the Rail Baltica project Authority representative said.

Related articles
Who will drive winter out of frosty Lithuanian-Polish relations?
Lithuania seeks €197 million from EU to build ‘Rail Baltica’

There were hopes that Rail Baltica construction works in Poland would have started in 2017, but those hopes are fading. Poland appears not to be in a hurry and the track reconstruction works are now planned to be completed only in 2025.

A key barrier to completion of the Rail Baltica project is that the connecting rail track in Poland cannot guarantee an average 120 km/h speed. On one stretch of the line between Oleck and Suwalki trains can only reach 30 km/h.

Without the upgrading of the Polish stretch of track, the goal of the project, to allow Tallinn, Riga and Kaunas to connect with the rest of Europe, will remain unrealised. Rail Baltica project is an integral part of the international transport corridor North-Sea-Baltic which has been recognised by the Lithuanian government as a project of national importance, and by the EU as a key strategic project.

Who will drive winter out of frosty Lithuanian-Polish relations?

Despite plenty of issues of common interest at international level, relations between Poland and...

Lithuania has submitted an application for nearly €197 million in funding from the EU to finance...

The road maintenance and development program (KPPP) finance estimates submitted by the Ministry of...