Rail Baltica JV to be established in late October

BNS EN
aA
A joint venture between the three Baltic states that will carry out the European-standard gauge railway project Rail Baltica, should be established on October 28. 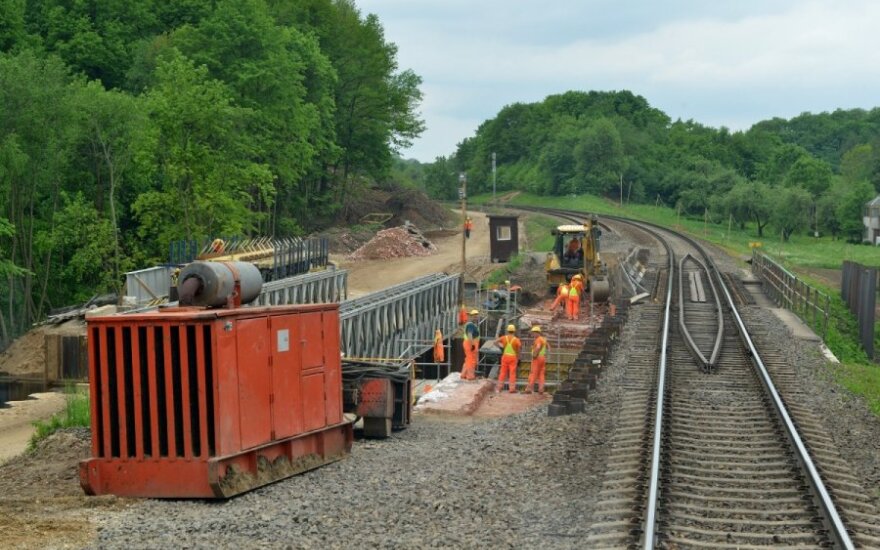 Preparations had been finalized and the agreement would be signed in Riga on October 28, Latvia’s Transport Minister Anrijs Matiss said.

“I can confirm that an agreement between the shareholders of the joint venture is planned to be signed on October 28,” Ričardas Slapšys, spokesman for the Lithuanian transport minister, told BNS.

Rasmus Ruuda, an adviser at the Public Relations Department of the Estonian Economics Ministry, told BNS that Estonia was ready to sign the agreement. Estonia was the last of the three countries to establish a holding company that would participate in the joint venture. Ruuda confirmed that the holding company had already been established.

According to Latvia’s minister, the joint venture is likely to apply to the European Commission for project co-funding late this year or early in 2015.

“It’s an important task of the joint venture. It’s a difficult task, which shall be performed in a short period of time.”

The minister is certain that the joint venture will manage to submit the application in due time.

The consensus on the joint venture shareholder agreement was reached by negotiators in June. Rail Baltica Statyba, a subsidiary of Lithuania’s railway operator Lietuvos Geležinkeliai (Lithuanian Railways), will hold a one-third stake in the joint venture. Latvia’s Eiropas Dzelzcela Linijas and Rail Baltic Estonia will own the remaining shares.

The total length of Rail Baltica is around 360 kilometres in Lithuania, slightly more than 300 kilometres in Latvia and about 300 kilometres in Estonia. According to various estimations, the project may cost between 13 and 18 billion litas (EUR 5.2 b). The European Commission (EC) may co-fund up to 85 percent of project costs.

Lithuania's railways were built to the Russian gauge of 1,520 millimetres, whereas the European gauge is narrower, of 1,435 millimetres.