Rail Baltica company to apply for EU funding in October 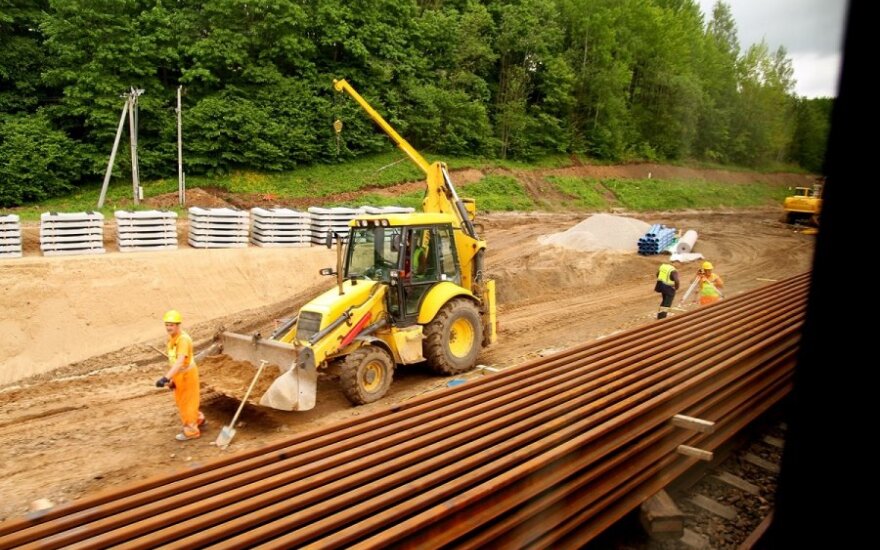 Lithuania, Latvia and Estonia wanted to sign a shareholders' agreement for RB Rail on Saturday, when the three countries marked the 25th anniversary of the Baltic Way. However, they failed to do so because Estonia had not yet established its company that would become a shareholder of the joint venture.

Butkevičius said that Estonians had assured him on Saturday that the company would be set up in the near future.

"The prime minister said that a public discussion had been held on the establishment of the joint venture. They promised that the joint venture would be founded in the near future. We expect this to happen in September, because there is a plan to submit in October a joint application to the European Commission for the funding of the project," he told BNS by telephone from Riga, where the Baltic prime ministers participated in a public presentation of Rail Baltica.

"Practically, everything is ready and what remains to be done is to set up the joint venture. These (application) documents are almost ready," he said.

The prime ministers of Lithuania, Latvia and Estonia in Tallinn in June signed a statement on the establishment of a joint venture for Rail Baltica. The company will oversee the implementation of the project and apply to the European Commission for funding.

Rail Baltica Statyba, a subsidiary of the Lithuanian state railway company Lietuvos Geležinkeliai (Lithuanian Railways), will hold a one-third stake in the joint venture and Latvian and Estonian companies will own the remaining shares.

Rail Baltica deal will not be signed before September

The Baltic countries will not sign a shareholders' agreement for RB Rail, their joint venture for the...

A Rail Baltic project team is meeting today in Vändra municipality to discuss how the tracks of the...

European transport commissioner Siim Kallas , 65, says in an interview to Äripäev that he is proud...