LT Daily, media brief
aA
A radical transformation of the education system in Lithuania is needed to narrow the wage gap between Lithuania and other European countries, according to Rokas Grajauskas, chief economist for the Baltic countries at Danske Bank, writing in Lietuvos Žinios. 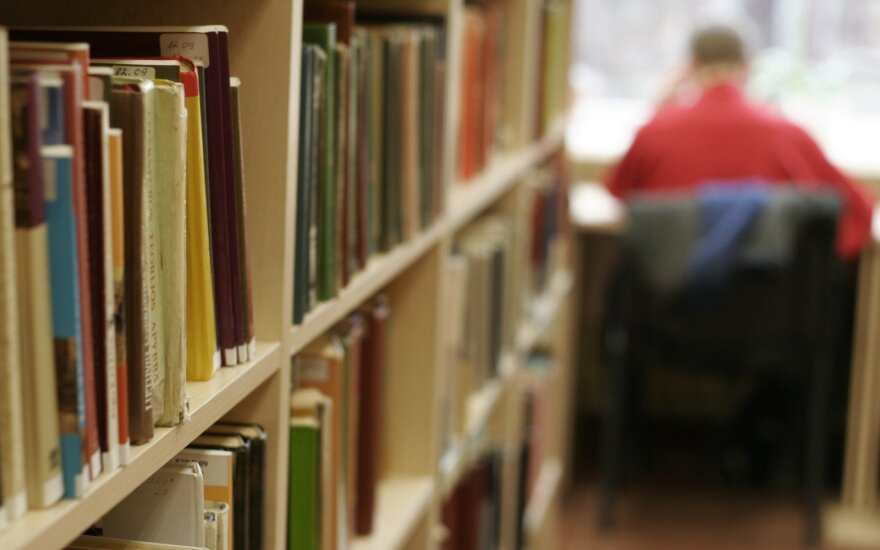 The leading economist has put forward five key measures to improve Lithuania’s productive capacity over 20 years that he said would narrow the wage gap – currently Lithuanian average salaries are 4-5 times lower than Western European countries. However he believes these key steps could reduce the deficit to a position where Lithuanian salaries would only be 1.25 to 1.5 times lower than EU averages in 20 years.

The radical transformation of the education system would include an in-depth review of the quality of teacher training, cutting the number of teachers but offering higher salaries, reducing the number of state-financed positions at universities and using the savings to improve the quality of students' preparation, all with the aim of producing better qualified graduates. Grajauskas said that the labour force was the key engine of the economy.

Related articles
Shortage of IT specialists to hit 10,000 in Lithuania by 2020  (1)
Indexing pensions and labour flexibility should be reform focus, president says

The second step would be to encourage higher level of investment into raising productivity. Lithuania lags on this measure at EU level and Grajauskas wrote in Lietuvos Žinios that the most effective means of encouraging investment would be tax exemptions for reinvested profits.

On the flip side he said that 15% tax on dividends in Lithuania was too low when compared with income from employment that was taxed at an average 41%. He said it encouraged businesses to take out profits in dividends rather than reinvest.

He also said it was obvious that such a low dividend taxation was not socially equitable.

Thirdly, Grajauskas said Lithuania should reduce taxation on labour. This would not only allow the country to attract more foreign investment, but also offer the chance to improve the competitiveness of Lithuanian enterprises abroad.

Fourth, as shown by the annual World Economic Forum survey, there is a clear link between the level of economic development and the flexibility of employment relationships. Flexible employment laws reduces recruitment costs and allows companies to allocate more funds to salaries, according to Grajauskas.

Fifth, Lithuania’s population is aging rapidly and so the country needs a fresh approach to immigration policy, which would create space not only for national security priorities, but also economic considerations.

“The richer Western countries have become rich, partly due to the fact that they have managed to attract young talent from abroad,” he said.

Grajauskas said Lithuania needed to attract talented immigrant workers from other European countries and elsewhere to create a dynamic economy and this would require that Lithuanian higher education programs were taught in English, and the introduction of immigration procedures to allow those who wanted to stay after graduation to work in Lithuania to do so.

IT specialists will continue to be the most sought-after employees in Lithuania to 2020 and beyond as...

Is Lithuania willing to embrace the next industrial revolution?

This year's World Economic Forum in Davos will focus on the next wave of innovation, but are...

IT specialists will continue to be best-paid professionals in Lithuania's labour market in 2016. Such...

A new survey, commissioned by the Lithuanian Real Estate Development Association and carried out by...