the Lithuania Tribune, Lzinios.lt
aA
Some Lithuanian universities spend 80% of government funding on administration rather than on students - a simple reform would be to link government funding to student numbers but according to leading experts, this is just one of the areas that needs to be tackled if the country is to develop a competitive education system. 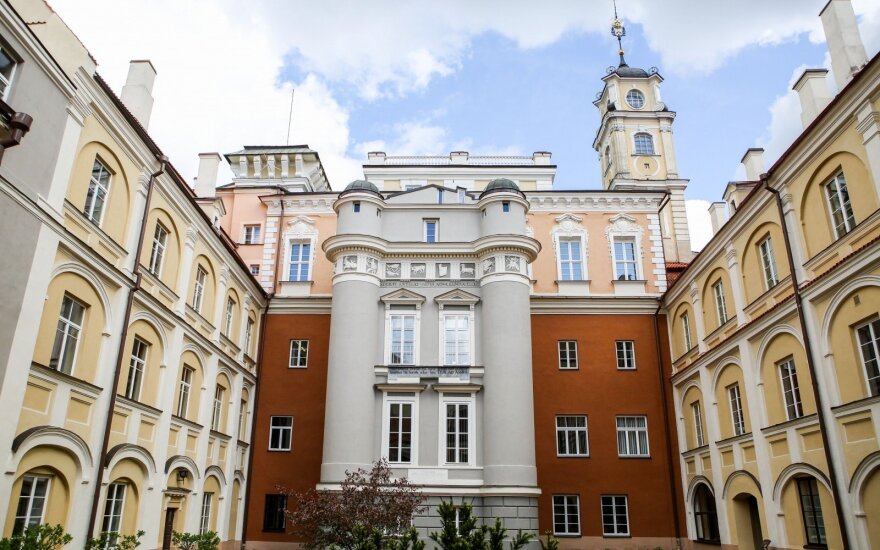 Lithuania has no other choice but to cut the number of universities in the country in order to ensure a higher quality of education, says Dr Paulius Subačius.

However, politicians are reluctant to assume responsibility for a drastic but necessary decisions, instead tolerating a situation whereby public funds intended for educating the younger generation are spent on supporting inflated university administrations and unused school property.

Dr. Paulius Subačius, professor at the Faculty of Philology at Vilnius University, tells Lietuvos Žinios that the situation is unsustainable and that Lithuania cannot support 45 publicly funded higher education institutions, many of which have virtually no students left.

It is often noted that Lithuania has almost four times more students per head of population than the European Union average. Is it one of the main ills of the system?

Lithuania spends a bigger share of its GDP on higher education than the EU average. However, if you look at how much of the money reaches the actual student - not even in absolute figures, but in terms of purchasing power - we are three times behind the EU average. We are essentially very uncompetitive.

The state could probably increase funding for university education but it is absolutely unrealistic to expect that it could double or treble the money. It is therefore important to look at how efficiently it is used. This is our biggest problem, something that international experts identified 20 years ago. Unfortunately, since then, the government has not made any decisive decisions to address the situation, no matter who was in power. 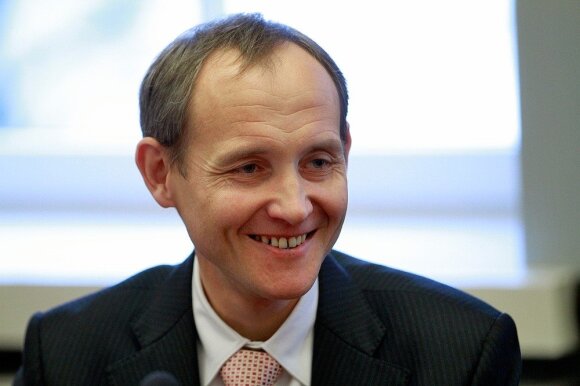 Over the last eight years, the situation has become dramatic. Since 2008, the number of school graduates shrank by around 40%, from 50,000 to 30,000 a year. However, the number of tertiary education institutions has remained almost the same, there are now 45.

In 2009, the government introduced a per-student funding scheme, hoping that the voice of the people would help decide which programmes were important and valuable. When that happened, two or three institutions lost about 10-15% of their students, but there were some that lost 80%. There are now schools that are left with a fifth of the students, or fewer, it used to have, but continue to manage all the buildings it had before and virtually unchanged administration.

Previously, management and administration would account for 10-20% of the schools' expenses, while now some spend nearly four-fifths of the funds it gets from the government on administration. In other words, education funds are not used for studies, for paying teachers, for student grants, but for maintaining empty buildings and academic administrations that create no added value.

The most straightforward step to address the situation could be linking basic funding for schools to the actual number of students. Moreover, the government could take a more decisive step and force higher education schools to sell off assets they don't need. I mean the thousands of square metres of real estate - warehouses, garages, other properties that were entrusted to those institutions back in Soviet times. However, there are many bureaucratic obstacles to unloading all this property.

Why doesn't the government tackle the situation by cutting the number of universities and schools or scrapping study programmes that are superfluous?

In order to liquidate or reorganize a university, we need a decision by the Seimas (parliament). The majority in parliament needed for that was never there. But even the government failed to use the leverage at its disposal after the 2009 funding reforms.

The current edition of the Law on Research and Study clearly specifies the responsibility of the state. Yes, diplomas are issued by schools, but it is the state that licences them to offer study programmes, therefore it assumes responsibility for making sure that these diplomas have value.

For that, there is the system for external auditing. If the school fails the test, the state should suspend its licence to offer study programmes. In 2012, seven higher education institutions failed to meet the standard during external auditing, which meant they could have had their licences revoked unless they improved their performance within three years. However, the government did not make the decision to suspend study programmes at these schools or repeat the audit several years later.

In this instance, the Education Ministry and the government are avoiding making a decision. Their PR people must be thinking that if the government closed down a university, this would not be met with public approval.

But doesn't the decision to fund schools that don't have any students - and their funding "baskets" - effectively weaken higher education?

What does a farmer do when a pig has more piglets than it can feed? A farmer might want to rear more pigs, but he knows that the piglet left without a titty will be weak.

In our current situation of higher education funding, everyone suffers. There is no other way but to make resolute decisions. I do not mean drastically cutting the number of students. All we need to do is unload the property that is used irrationally, to give up inflated administrations and optimize the network of schools.

Since independence, different governments have appointed at least five task forces, with different mandates. They all arrived at the same basic conclusion: Lithuania would be best served by three universities. So when will they make the decision? Even now there are schools with virtually no teaching staff but still holding on to a huge administration.

By continuing in this vein, we are going into debt ourselves. Everyone is now going on about how there will be no money to pay retirement pensions in the future because people of working age are leaving the country. I can say that most doctoral students are not even considering staying on at their universities. If they are any good, Europe is their market.

This leaves a gaping hole in Lithuanian universities. So far, the shortage of teaching staff is covered with the older generation, often people are invited to teach who are barely qualified. But when the old generation retires, there will be no one left to teach. Even if we are leading in Europe in terms of student numbers, we are very much behind the leading nations in terms of people with doctoral degrees.

In the end, we will all have to pay the debts that accrue when we don't invest into young people. Such are the consequences of failing to think strategically and with a vision. The people in power probably reason that they won't be in politics when the time comes to pay the debts. They won't. But the debts will fall on the shoulders of their children and grandchildren.

University of Education and Vytautas Magnus University to merge

Productivity in Lithuania compared to Western European economies remains abysmally low. One of the...

What are the best schools and universities in Lithuania?