BNS
aA
The public must receive answers about the situation in the agriculture sector, Speaker of the Lithuanian Seimas Viktoras Pranckietis says. 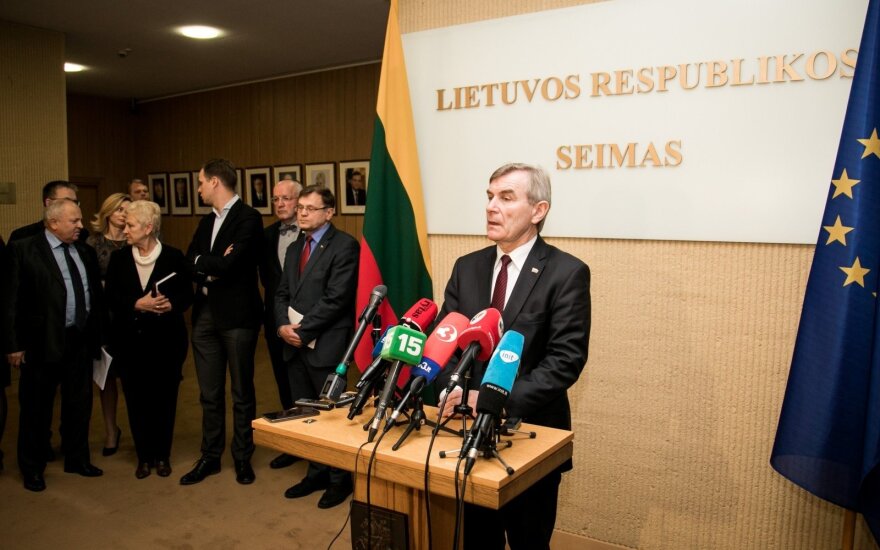 "We have talked about it many times that answers should be provided, especially to the public. And there's a way of doing that, either a commission or a committee. But we shouldn’t procrastinate and we should answer them", he told the Žinių Radijas news radio on Wednesday.

Meanwhile on Tuesday, the ruling Lithuanian Farmers and Greens Union voted during a plenary sitting against an investigation into the situation in the agriculture sector. The parliamentary Committee on Rural Affairs suggested to the parliament not to analyze the situation regarding the use of agricultural land and the wider situation in the sector. The proposal was rejected with opposition votes and three votes from the Lithuanian Farmers and Greens Union.

Related articles
PM feels "reserved" about his party's dropping ratings
Urbšys removed from Seimas management: Karbauskis assures this is not the end

It was concluded that another committee – the Committee on Economics – should make a conclusion on the investigation.

Pranckietis says his colleagues from the Lithuanian Farmers and Greens Union believe responsible institutions, and not the parliament, should investigate the situation.

„They say those questions should be answered by institutions. Probably they are right, and perhaps institutions should give answers, if that's their job. But the public also want answers", he said.

The Seimas speaker also acknowledged that such behavior of the Lithuanian Farmers and Greens Union has negative impact on the party's popularity rating.

The opposition Homeland Union – Lithuanian Christian Democrats want an investigation into the situation in the agriculture sector after it turned out that Agrokoncernas, a group of companies, owned by Ramūnas Karbauskis, leader of the Lithuanian Farmers and Greens Union, is using the land belonging to his sons, sister, brother and father and is allegedly ignoring the existing rules barring natural and legal persons from managing more than 500 hectares of land.

Lithuanian Prime Minister Saulius Skvernelis says he is not worried about his political party's...

Lithuania must defend its fertilizer producers and take measures to protect the domestic market, if it...