Putin's former aid: Russia has been preparing for global war since 2003

(2)
DELFI EN
aA
People in the Baltic states cannot feel secure. Russian President Vladimir Putin has a plan he has been working on for over a decade. So says former adviser to President Putin, Andrey Illarionov. 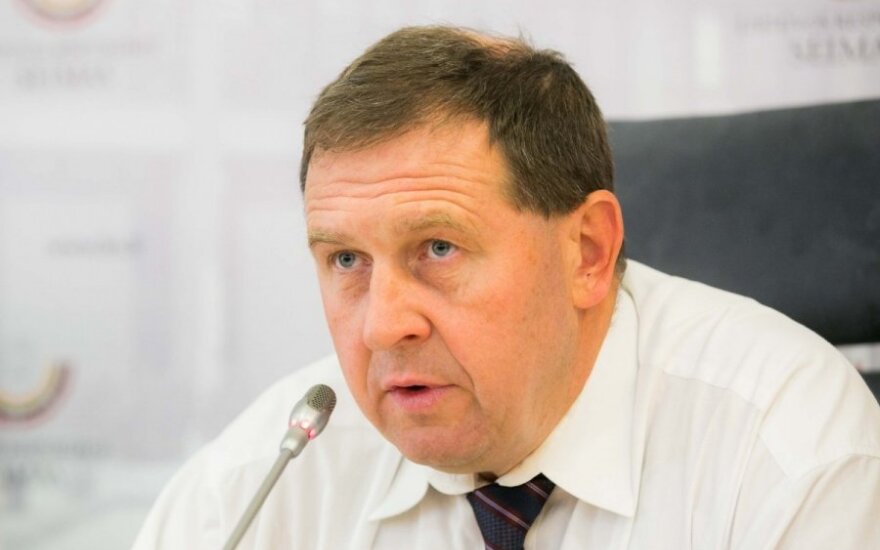 Giving a presentation at a conference in Palanga, Lithuania, Illarionov, who advised Putin on economic policy in 2000-2005, referred to a question that was raised in the recent Riga Conference 2014: Can people in Riga sleep peacefully at night?

"The same question could be raised in Tallinn, Vilnius, Palanga, Bucharest and other cities. No one in Riga could reply to it in the positive," Illarionov said. "From my side, though, the question should be rephrased, especially after Barack Obama visited Estonia and said that NATO was prepared to defend Tallinn, Riga and Vilnius. The situation seems safer after the statement, but we must look at military readiness, military equipment at hand, not words. From the point of view of military readiness, NATO forces in the Baltics are insufficient."

Instead of asking about peaceful sleep in Riga, Illarionov would look at Narva, an Estonian borderland town with dominant Russian-speaking population.

"How would NATO react if 'little green men' turned up not near Tallin, Riga or Vilnius, but, say, Narva?" he asks.

Illarionov says that the West already failed the test in Kiev, Donbass and Crimea. Ass long as an aggressor is not subjected to the full force of economic and military sanctions, no one can sleep peacefully.

"We are talking about a crisis in Ukraine. But such a definition is already a victory of Putin's propaganda. An achievement of the Kremlin's information war. It's not a crisis, it's a war. And, at the very least, a Russian-Ukrainian war," says Putin's former adviser.

Preparations running back a decade

According to Illarionov, Russia has been preparing for a major war at least since 2003 and for a confrontation with Ukraine and capture of Crimea, since 2004, when the 'Orange Revolution' started in Kiev.

Another contingency plan was drafted for 2010, in case Yulia Tymoshenko had won presidential election and not Moscow-backed Viktor Yanukovych. One more potential date for a war was chosen in 2015, according to Illarionov, when Ukraine would hold a presidential election. However, the Maidan happened sooner.

Illarionov refers to an article that the Ruskyi Zhurnal (Russian Journal) published in 2008, which detailed a plan for how to attack and occupy Crimea, then eastern Ukraine, central Ukraine and finally reach Kiev.

"As we see, not only were they preparing, they were publishing it," he says.

According to Illarionov, Putin himself mentioned plans in Ukraine that same year in a NATO summit in Bucharest - he said that Ukraine was not a real nation, but a state that took over lands that historically belonged to Russia as well as Hungary, Poland and Romania.

The current Ukrainian-Russian war, Illarionov says, began on 27 July this year, when Putin started talking about the "Russian world" during a ceremony to mark an anniversary of the baptism of Slavic peoples.

According to the former presidential adviser, Russian laws essentially define four categories of 'Russians': ethnic Russians, irrespective of whether they reside in or outside Russia; Russian-speakers, irrespective of their nationality; all former citizens of the Soviet Union and their offspring living in the territories formerly covered by the USSR; and former citizens of the Russian Empire (pre-1917) and their offspring living in the territories once covered by the Russian Empire.

He adds that Putin thinks of the current confrontation not as world war three - since that was the Cold War - but as world war four.

"Some scholars say this is Russia's war against the West: allegedly, the West have made many mistakes, are moving in a wrong direction and Russia is trying to defend its values," according to Illarionov.

"Granted, there's also continental Europe: Germany, France, Italy. These countries could confront Russia, but perhaps they are also expected to remain neutral or side with Russia," Illarionov says.

According to him, the annexation of Crimea has demonstrated that the old international consensus about the inviolability of borders has been broken: "The situation has changed. People in the Baltics cannot sleep peacefully."

Russian courts could get the green light to seize foreign assets on Russian territory under a draft...

Russia threatens EU with gas cuts for re-exporting to Ukraine

Andrey Illarionov in Vilnius: Obama could have stopped Putin (2)

US President Barack Obama had the chance to stop the annexation of Crimea , according to Andrey...