(9)
BNS
The Malaysia Airlines passenger jet was not shot down accidentally, it was chosen as a target because it was flying from Amsterdam, Russian President Vladimir Putin's former adviser Andrey Illarionov has said in Vilnius. 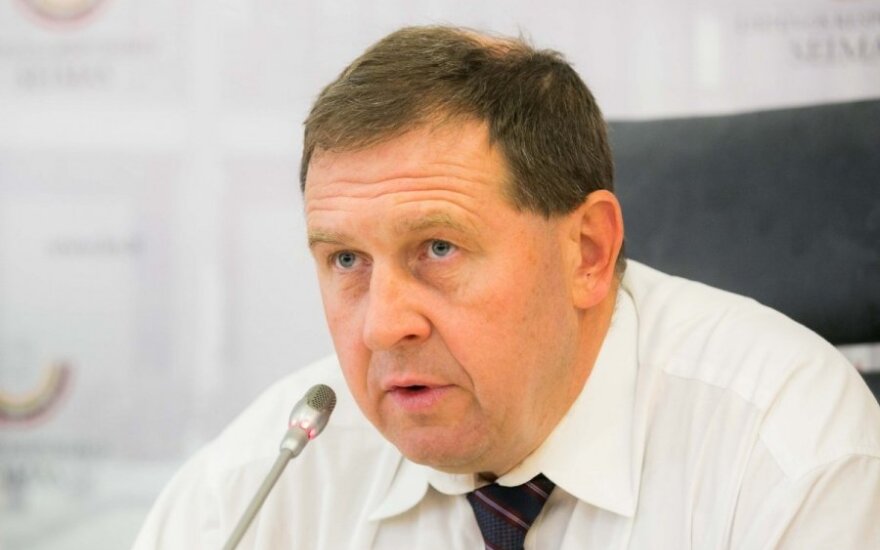 "Why this flight has been taken down? It wasn't because of Malaysian Airlines. It was because of the fact that the plane departed from Amsterdam," Illarionov said in a discussion on new versions of hybrid war held at the Lithuanian parliament on Monday.

The Russian analyst said passenger airlines of Singapore, India and Lufthansa were in the Ukrainian air-space at the same time when the Malaysian jet was shot down on 17 July.

In his opinion, the choice of the target could have been due to the fact that Amsterdam mayor refused to receive Putin a year ago, and the Hague tribunal passed a decision that was not favourable to Russia in the case of Yukos oil company.

Illarionov emphasized that there is little evidence to rely on, therefore, only hypotheses are possible.

Illarionov said the missile system Buk, which was reportedly used against the passenger airliner, was owned and controlled by Russia, not the Ukrainian separatists or the Ukrainian army. In his words, separatists have not been giver heavy weapons.

"It is absolutely impossible that such powerful system would be given to anyone under any control, under any command except Russian regular forces," he stated.

In his words, this is demonstrated by the example of the Russian war, when even Grad systems were not given to unreliable separatists, they were only used by units of Russia's own troops.

He says Buk was transported from Russia to Ukraine in the morning of 17 July, was in Donetsk at 9 a.m., in Sniezhna at around noon and later proceeded to the route of the air path in the south.

"Actually, about four dozen passenger jets are crossing the sky over Donetsk and Luhansk each day, none of them were hit," he added.

In Illarionov's words, the Buk system was transported back to the Russian territory immediately after the attack. He said the separatists, if they had had the system, would not have allowed to take the system out of the territory they control, as they need it to protect their air-space.

Asked about the purpose of hitting a civilian airliner, Illarionov said that Putin's main objective was to prevent Ukraine from joining Western alliances – economic and military. Creation of a second Transnistria, i.e., continuing disturbances in Eastern Ukraine, would make it impossible for Ukraine to join the European Union or NATO.

In his words, the Russian leader understands that occupation of entire Ukraine is absolutely unrealistic.

Malaysia Arlines' Boeing-777, which was en route from Amsterdam to Kuala Lumpur, crashed near Donetsk in Eastern Ukraine on 17 July. All 298 people aboard the aircraft were killed. Evidence suggests that the plane was shot down.

Illarionov is the senior fellow at the Cato Institute's Center for Global Liberty and Prosperity. He was last in Vilnius in late May for a NATO Parliamentary Assembly session.