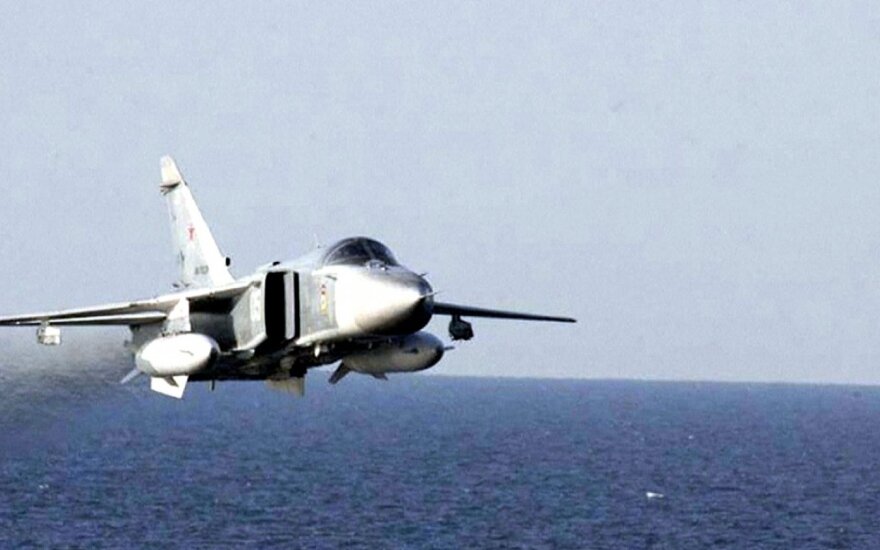 If the United States shot down a Russian plane over the Baltic it is unlikely Vladimir Putin would tolerate such an incident following the shooting down of a Russian plane by Turkey, said a leading Lithuanian analyst.

Last week, Russia was involved in several provocative incidents over the Baltic Sea when its fighters performed close flybys over a US warship and intercepted an American reconnaissance plane.

“If there were another provocation, and the Americans decided to shoot down a Russian plane, the ball would then be on the Russian side. How would Putin respond? He has experienced humiliation once when the Turkish forces shot down his plane,” said Margarita Šešelgytė, deputy director of Vilnius University's Institute of International Relations and Political Science.

“In the eyes of the Russian society, Putin suffered humiliation, because his image of a strong leader, one who protects Russians and their military forces from harm, has been severely shaken. Could Putin withstand a second test? The situation is actually quite dangerous,” said Šešelgytė.

The Russian manoeuvres over the US warship Donald Cook were very irresponsible and dangerous and could have led to very serious consequences, said Artūras Paulauskas, the head of the National Security and Defence Committe at the Lithuanian parliament.

Speaking on LRT programme "Dėmesio Centre", Paulauskas quoted US Secretary of State John Kerry who said that the Americans had been in the right to shoot down the Russian jets and that the US would not tolerate such provocations.

“Imagine a situation: incoming three military planes do not respond to any communication, the early warning radars are not working. What can a commander of a ship think? He has to assess the situation in a matter of seconds, make a decision that does not lead to serious consequences,” said MP Paulauskas.