(4)
Vidmantas Valiušaitis,
„Laisvoji banga“
aA
American media recently reported that the United States was planning to deploy heavy weaponry in Eastern Europe and the Baltics, including Lithuania. Foreign Minister Linas Linkevičius and Minister of Defence Juozas Olekas have confirmed that they are familiar with the plans. Will the move further escalate tensions with Russia? Laisvoji Banga radio talks to political scientist Kęstutis Girnius of Vilnius University. 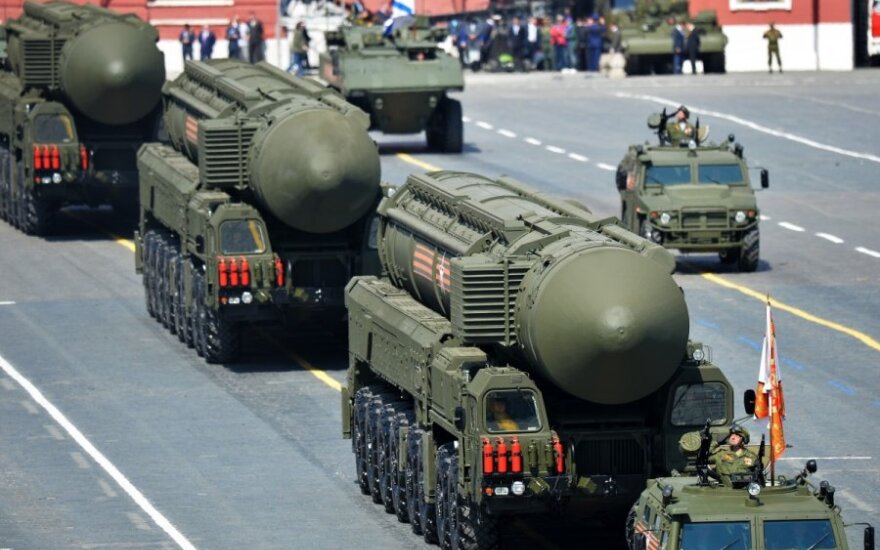 Kęstutis Girnius: This will definitely raise tensions. We've already heard reactions from the Russians who said this was the most dangerous step since the end of the Cold War.

They started talking about deploying additional forces: artillery, aviation. Iskander missiles were said to be quickly moved and positioned in Kaliningrad Oblast, perhaps even loaded with tactical nuclear weapons. There have been unequivocal statements about changes in the Russian forces stationed in Belarus. I will be interested to see how [Belarusian President Alexander] Lukashenko will take these novelties: will he resist or not?

There will definitely be more tension, no reason to kid ourselves about that. On the other hand, one must note that it was Russia that provoked these actions. Not only with its policies in Ukraine, but also with its aircraft [violating the Baltic airspace] and rather aggressive moves of its armed forces, aimed at demonstrating to the world its power and comeback. NATO is reacting rather than acting.

But during his visit in Italy last week, Vladimir Putin said that it was Russia that's reacting. He said that the United States had a military budget in excess of those of all other countries combined. NATO military budget is ten times what the Russian Federation spends on defence. It was NATO, Putin said, that was expanding and encroaching on Russia's borders, not vice versa. He said that the Russians were only reacting to America's actions.

It is true that America spends twice or five times more on defence than anyone else, I will not argue with that. America is rearming - and always more intensely than other countries, even though China and Russia are currently stepping up their rearmament, too.

On the other hand, Russia has always been very negative about NATO's expansion, insisting that as long as NATO expands, there is greater likelihood that enemy forces will be deployed close to the Russian border. Historically, Russia has always defended itself by retreating inside itself. So the closer NATO forces are to Russia, the more uneasy it feels. 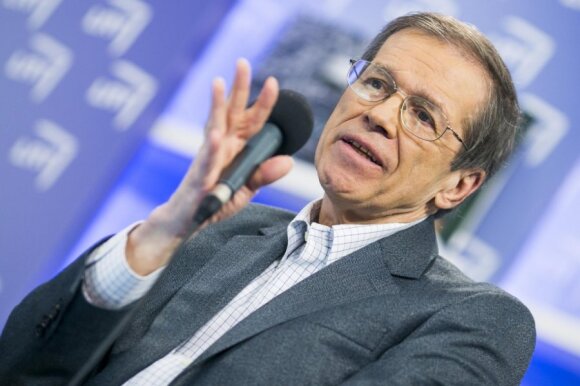 Therefore in 1997-1998 there was an agreement under which NATO said it would not deploy its permanent troops and weapons in new member states. I think Russia's actions in Ukraine changed the situation. It's not just in Ukraine that Russia behaves thus. It tries to intimidate. Not President Putin himself, but other people, Russian generals, have spoken about possibly using tactical nuclear warheads. Understandably, tensions rise.

Algirdas Kanauka, a retired US army major and Vietnam war veteran, said in a lecture even before Lithuania's accession to NATO that, as a price for joining NATO, Lithuania would have to agree to be the war terrain in case of a military conflict. Have recent events confirmed such a possibility?

I think that tensions are rising. There's danger of incidents, for example, airplanes could accidentally collide into one another in the air, which would escalate tensions even further.

But whatever Russian generals might be saying about using the nuclear weapon, I think both sides realize that escalation is a no-go. We cannot toy with these things, we must be very cautious.

And even though some compare Putin to Hitler, there is a difference between them. Hitler wanted a war, while Putin, I think, does not.

Besides, as Putin himself admitted, Russia could not resist pressure from NATO in a conventional war. So if Russia were to risk a war, it would know it would lose. The only shot at victory it has, or at least at a draw, would be nuclear blackmail. Let's hope Russia's leaders are rational enough not to let things come to that.

Europe is faced with the challenging security environment, which will have significant and...

By threatening to respond to the United States ' plans to deploy heavy weaponry in Eastern Europe,...

Intensive preparations for the deployment of US weaponry in Lithuania are underway and American...

Lithuanian foreign minister: Stationing of US heavy weapons will change situation in region (2)

Following US media reports that the Pentagon may station heavy weapons for its troops in several...