Putin backs down and... wins?

(2)
Šarūnas Černiauskas,
DELFI EN
aA
Russian forces are withdrawing from the Ukrainian border. Pro-Russian separatists are putting down their arms. There are reports about Russia re-opening some of its markets to Western production. All this has sparked discussions about Moscow backing down from confrontation with the West. 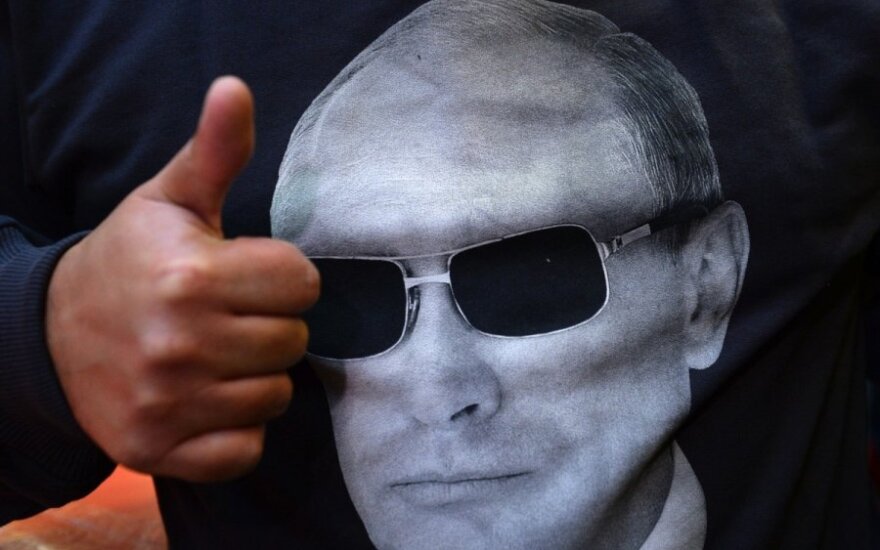 On further inspection, however, it appears that Vladimir Putin is triumphant. Such is the conclusion drawn by analyst Laurynas Kasčiūnas of the Vilnius-based Eastern Europe Studies Centre.

According to him, Russian President Putin has achieved all his goals safe one - the biggest and arguably hardly achievable ambition.

Observer Audrius Bačiulis, however, disagrees. The way he sees the situation, Putin has had to abandon his geopolitical ambitions one after the other and the final outcome is hardly a triumph.

Both Kasčiūnas and Bačiulis agree on one point, though: Putin has buried his "Novorossya" ("New Russia") project - an ambitious fantasy of bringing back under Moscow's rule the lands in the south that were once part of the Russian Empire.

"He failed to trigger a civil war [in Ukraine]. Obviously, the Ukrainian nation, a political nation, has been consolidated. This is arguably Putin's greatest loss - his "Russian world" concept is failing. One can argue that this is a defeat. The "New Russia" project has failed, the "Russian World" did not work in Ukraine," Kasčiūnas says.

He adds, however, that this is the only point in Putin's list of goals that has been abandoned. Meanwhile on all other counts Moscow has scored great victories.

Kasčiūnas notes that Russia has managed to create a new frozen conflict zone: south-eastern Ukraine is turning into another Transnistria, Abhazia and South Ossetia.

By ensuring that Kiev does not control parts of Ukraine's territory, Moscow has managed to check its rapprochement with the European Union. Putin "is sending a message to the West that Ukraine's geopolitical situation is from now on up to Russia".

According to him, the Maidan revolution that shook Ukraine almost a year ago was to become its "bloody ticket to the EU", but Russia managed to prevent it from happening.

"Two currents dominate within the EU. One of them - which includes us [Lithuania] and the Poles - says that Eastern Partnership should not be the final destination, that the association agreement must lead to further integration into the EU, that we must offer Ukraine membership prospects. The other view, the Franco-German one, suggests that it was Eastern Partnership that provoked Russia in the first place," Kasčiūnas thinks.

He adds that Moscow is using methods that have been tested before, in countries like Georgia: blackmail through gas, economic sanctions, attempts to divide political elites, discredit President Petro Poroshenko.

According to Kasčiūnas, Ukraine's new president has so far acted "rather sensibly" and avoided mistakes made by Georgia's former president Mikheil Saakashvili, who led his country's anti-Russian "Rose Revolution", but has been politically marginalized since then.

"On the other hand, the Maidan ideals included not just a European Ukraine, but also a non-oligarchic Ukraine. From what we see now, it does not seem like Ukraine is getting any less oligarchic," Kasčiūnas adds.

Who won the sanctions war?

The political observer thinks that the true winners of the Russian-West stand-off will emerge only after both sides end their sanctions war.

"We will see who the victors are when we revoke all the sanctions and see what is left in Russia's hands. Only then will we see who won and who lost.

"The EU has imposed three-tier sanctions and is starting to gradually lift them, reacting to Russia's retreat. Meanwhile Russia's back-down is influenced by oil prices and other factors. But if we see that Russia still holds on to Crimea after we lift final sanctions, it will be clear who won."

He expects to see more internal discord among the EU countries: "There will be Western European countries eager to lift the sanctions as quickly as possible - there's business to think about, etc. Others, like Lithuania, other Baltic states, Poland, some Nordic countries, will, I believe, insist: where's the red line we are drawing?" 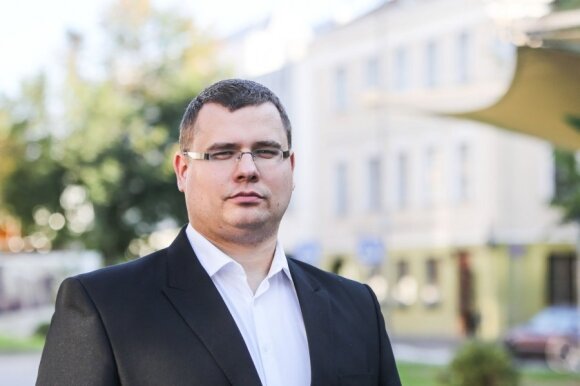 He believes that gradual de-escalation of the trade war between Russia and the West will start soon. "Putin will probably look for opportunities to lift his sanctions while saving face. The EU must make a step - and then he will make one too," according to Kasčiūnas.

The only positive outcome of the conflict is the consolidation of Ukraine as a political nation, he adds. Many Ukrainians are now more eager than before to see their country join the EU and NATO.

Meanwhile political observer Audrius Bačiulis thinks that Putin's seeming retreat is not a political manoeuvre but rather the outcome of successful pressure from the West.

"They [Russia] offered a message to the West: 'Yes, we are backing down.' Well, the sanctions are making its toll. There were many who were sceptical about the sanctions, saying they didn't do anything. But sanctions cannot bring desired effects in a week or a month. They have been in effect for half a year now - and consequences are evident. Over the last six months, huge money, about 100 billion dollars, has fled Russia. Investment has all but stopped. The rouble is on a free fall and this affects the rather small but important section of the Russian society, the middle class," Bačiulis believes.

He says that Putin has suffered many defeats during the recent confrontation. Among them, the collapse of his Eurasian Union project.

"Victory or failure is measured by the ratio of goals and achievements. The goal was to rebuild the Soviet Union, only without central Asia and the Baltics, i.e., the Eurasian customs union of Russia, Ukraine, Belarus and Kazakhstan. What happened to this goal? It's done for. One small victory in Crimea and all the showing off in Donbass wiped away Russia's major strategic goal it had been working on for at least six years," according to Bačiulis.

Aggression in Ukraine, he says, has cooled the enthusiasm of other participants in the Eurasian project. "They see it as an exclusively economic venture. Neither [Kazakhstan's President] Nursultan Nazarbayev nor [Belarus'] Alexander Lukashenko have any more wish to form a union with Russia. Not to mention central Asian nations or Moldova. Russia has destroyed its own project. What victory is that?"

He adds that "New Russia" was Putin's plan B, which has also failed.

"Putin's plan A failed, plan B also failed. What is he left with? Donbass? He did not even get Donbass," according to Bačiulis.

Moreover, he insists, the Ukraine crisis has changed the way many Western countries look at Russia - and not the way that Putin would like.

"We can speak of a strategic victory for Kiev. It managed to convince Europe that Ukraine can be a state. 'Can be' is the keyword here. No one regards it as a full-fledged state yet - nor is it one. It is a nation and a state in formation. There are still many risks, but it has come to be seen as something that can potentially evolve into a state," Bačiulis says.

Reports in the Russian media that Moscow is deliberating to lift imports embargo on certain...

Opinion: What Kremlin gained and lost in Ukraine (5)

As Russia 's intervention in Ukraine seems to be entering a lower-intensity stage and reports are...

Opinion: Victory for Putin in Ukraine and against the West (1)

The Russian president has scored a victory in Ukraine and against the West. Vladimir Putin has...