BNS
aA
Prosecutors say that it would be inappropriate to decide on whether to dismiss Jonas Milius, Lithuania's chief veterinary officer who is suspected of abuse of office and document forgery, while he is on vacation. 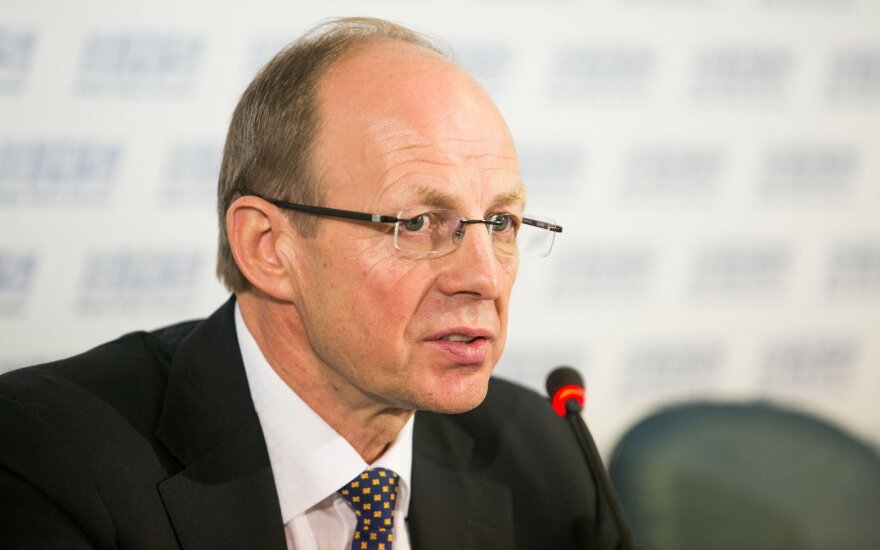 "Given that the head of the State Food and Veterinary Service is on vacation, the prosecutor finds it inappropriate to decide on his removal from office," the Prosecutor General's Office said in a statement on Wednesday.

Milius took a vacation on Wednesday and will be out of office until the end of August.

He has signed a written promise not to leave his place of residence, which, he has said, is effective until August 7. He is also prohibited from contacting certain individuals.

The prosecutors say that the Code of Criminal Procedure allows them to collect evidence by interviewing members of the Seimas without their parliamentary immunity being lifted.

MP Petras Gražulis has the status of a special witness in the investigation. He has refused to testify.

Law-enforcement bodies suspect that the State Food and Veterinary Service or other bodies subordinate to it received information from Russia about Listeria monocytogenes contamination in products of Judex, a frozen food production company linked to Gražulis, but concealed this fact and failed to take action.

Milius has dismissed the suspicions as ridiculous.

According to the Prosecutor General's Office, officers from the Special Investigation Service have conducted 14 searches and brought formal suspicions against six people as part of their influence peddling investigation.

MP Gražulis summoned for questioning, refuses to give evidence

Petras Gražulis, a member of the Lithuanian parliament whose office has recently been searched in an...

Suspicions of power abuse brought by the Lithuanian Special Investigation Service (STT) against the...

Lithuania's Special Investigation Service on Thursday brought suspicions of abuse of powers against...