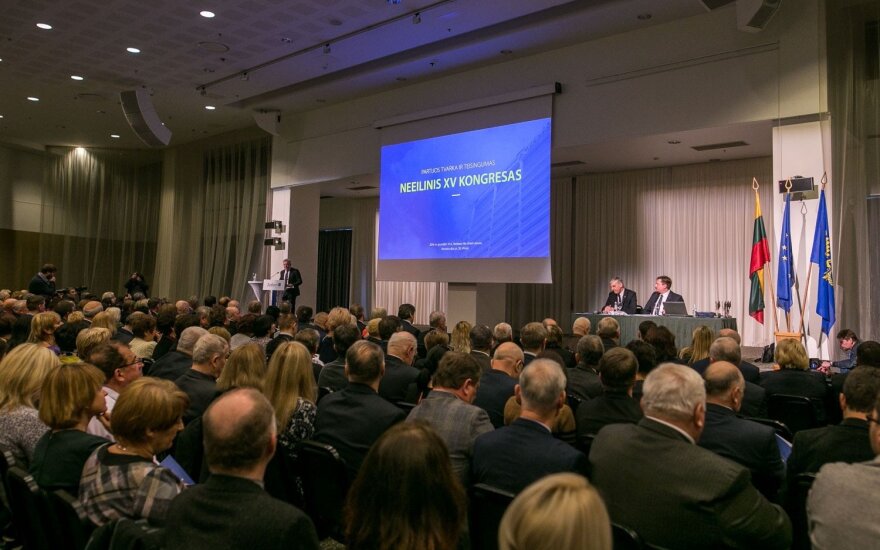 After receiving information from the Central Electoral Commission about budget allocations to Order and Justice, Prosecutor Rolandas Stankevičius of the Organized Crime and Corruption Investigation Department at the Prosecutor General's Office decided to completely restrict the party's rights to the money.

The decision is due to the Special Investigation Service, or STT, conducting a pre-trial investigation into suspected squandering of property, fraudulent and negligent management of accounts, influence peddling, and document forgery.

It is suspected that over 377,000 euros in bribes have been accepted for the benefit of the party in exchange for promises and agreements to exert influence in various public procurement processes.

As part of the investigation, 12 individuals, including seven public servants, have been questioned as suspects in different episodes of criminal activity. Suspicions have been brought against, among others, Order and Justice MP Rimas Antanas Ručys and the party as a legal entity.

According to the Prosecutor General's Office, final procedural steps are currently being taken in the pre-trial investigation.

The Central Electoral Commission on Tuesday distributed a state grant of 2.751 million euros among eligible political parties for the first half of 2018.