BNS EN
aA
MG Baltic, one of the biggest business groups in Lithuania, transferred money to bank accounts of a fund and a public establishment linked with the Liberal Movement, not the party's accounts, after the party's former Vice-Chairman Gintaras Steponavičius met with MG Baltic representatives, the Prosecutor General's Office has said. 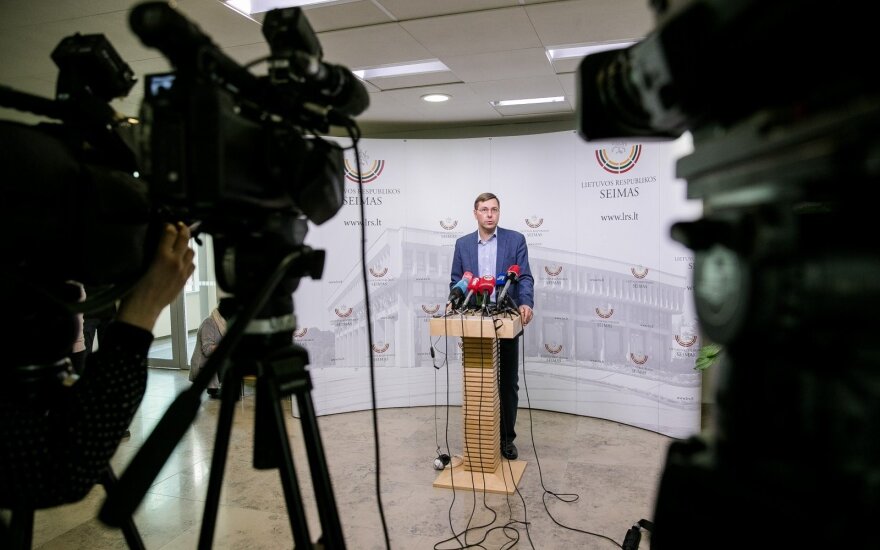 According to investigation data, the money was transferred in early 2016 for what is suspected to be publicity of Steponavičius' work and the election campaign.

"The money was transferred to bank accounts of a public establishment and a support fund related with the political party. According to the data in our possession, some of the money was spent to cover debts for events of promoting the performance of the political party and the Seimas member, and the other part of the funds was intended for publicity campaigns for the elections to the 2016-2020 elections to the Seimas of the Republic of Lithuania," prosecutors said.

Prosecutors say that, according to case information, Steponavičius, a former vice-chairman of the Liberal Movement, met with a MG Baltic representative several times and spoke about transferring money to finance the political party represented by Steponavičius, a public establishment, Gintaras Steponavičius support fund and the Seimas member's election campaign.

Prosecutors say that they have sufficient grounds to believe that the member of the Liberal Movement's political group in the parliament has voted in favor of legislation benefiting the interests of MG Baltic.

On Thursday, Prosecutor General Evaldas Pašilis asked the parliament to cancel Steponavičius' legal immunity to bring abuse suspicions against him.

Amid the ongoing investigation into political corruption, the law-enforcement last year brought suspicions against the Liberal Movement's former leader Eligijus Masiulis of accepting a bribe of over 100,000 euros from MG Baltic vice-president Raimondas Kurlianskis for the party's work in the concern's favor.

In the framework of the probe, the Special Investigation Service said it suspected Kurlianskis of seeking to influence members of the Labour Party via the party's member Vytautas Gapšys for bribes.

In late February, the law-enforcement brought bribery and influence peddling suspicions against MG Baltic concern as a legal entity.

MG Baltic is one of the biggest business groups in Lithuania, posting over 500,000 million euros in revenue on an annual basis. It owns alcohol, media, real estate, clothing retail, construction, logistics, information technologies and telecommunications businesses.