BNS
aA
Lithuanian prosecutors suspect that MP Petras Grazulis, a member of the non-attached political group in the Lithuanian Seimas, abused his official position for a long time, acting in the interest of Judex, a Kaunas-based producer of frozen products, interfering with activity of state officials, encouraging bribery of Russian officials and receiving financial benefit from Judex. 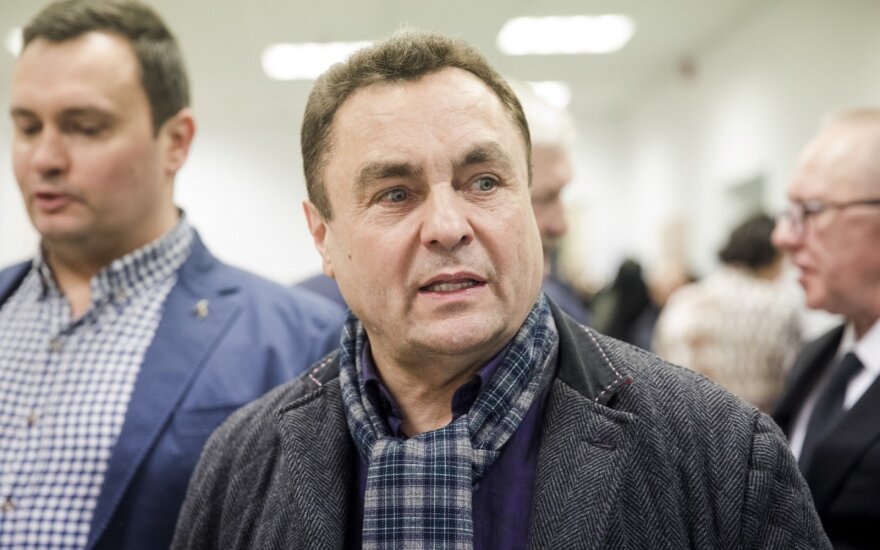 Such suspected criminal acts are mentioned in Prosecutor General Evaldas Pasilis' letter to Seimas members, asking them to allow prosecuting Grazulis and restricting his freedom in other ways.

The letter states that Grazulis „violated the common human values enshrined in the Constitution, promoted legal nihilism, thus, breaching the oath of an MP, discrediting the name of a state official and state politician, a Seimas member, discrediting the authority of the Seimas as a nation's representation, causing major non-pecuniary damage to the state."

The chief prosecutor's letter also states that upon request by the then Judex director Rimantas Kicas and director of commerce Patricija Pachomovaite and receipt of information from Russian services about listeria found in Judex products in 2015, Grazulis contacted the then head of Lithuania's State Food and Veterinary Service, Jonas Milius, and asked him to act in the interest of Judex.

Moreover, Grazulis asked Milius for advice if bribes should be paid to Russian officials and whether he should go and meet with the head of the veterinary service in the Russian region of Kaliningrad for the Kaunas company not to be banned from exporting its products to Russia and Belarus.

In addition, Grazulis and Pachomovaite went to Kaliningrad and, the prosecution service states, reached agreement with Andrey Ivanov, the head of the Russian Federal Service for Veterinary and Phytosanitary Surveillance's branch in Kaliningrad, that he would act in the interest of Judex.

According to evidence collected by law enforcement, by acting so – directly calling Milius and other officials – Grazulis also attempted to resolve Judex's other problems, for example, related to marking violations identified by Russian services.

In October, 2015 Grazulis organized a meeting of Pachomovaite and Ivanov and, during a phone conversation, suggested that Pachomovaite should hand an earlier discussed amount of money over to the Russian official.

Grazulis later also proposed resolving issues in Russia through paying bribes. Based on law enforcement information, in November, 2015 Grazulis was giving advice during phone conversations with Judex managers that they should give 500 euros to Ivanov.

The chief prosecutor's letter to the Lithuanian Seimas also states that Grazulis received financial benefit for helping Judex to deal with its problems with watchdog services. He used an expensive Lexus car that belonged to the company for several years free of charge, the company also paid for car fuel and bought plane tickets for him. The MP would also ask and receive money from Judex.

Law enforcement officials attempted to question Grazulis as a special witness during their pre-trial investigation but he refused to testify. Now they want to bring suspicions against Grazulis.

He, however, called Pasilis' recent request for the Seimas to lift his legal immunity "political persecution".

The pre-trial investigation in this case was launched in 2016 after harmful substances were found in Judex products.

On Tuesday, prosecutors dropped the investigation in the part related to alleged abuse of office and document forgery by Jonas Milius, former head of Lithuania's State Foods and Veterinary Service, "due to lack of signs of criminal activity in his actions."

According to prosecutors, upon receipt of responses from Russia and also other data, it was concluded that information on documents from Russia's veterinary service and other documents matched with those on documents of Lithuanian institutions and services. Thus, the initial suspicions of document forgery were dismissed.

Established in 1996, Judex produces frozen dumplings, pancakes, pizzas, as well as products from potatoes and curd, and exports its products to Latvia, Estonia, the UK, Ireland, Germany, Spain, Russia and Belarus.

Parliament votes against stripping MP Grazulis of his legal immunity

The Seimas of Lithuania on Tuesday refused to allow prosecuting MP Petras Grazulis in the so-called...