BNS
aA
Prosecutors have to present the final conclusions over the European Court of Human Rights' accusations that there was a secret American prison in Lithuania more than ten years ago, Darius Jauniškis, head of Lithuania's State Security Department (VSD), says. 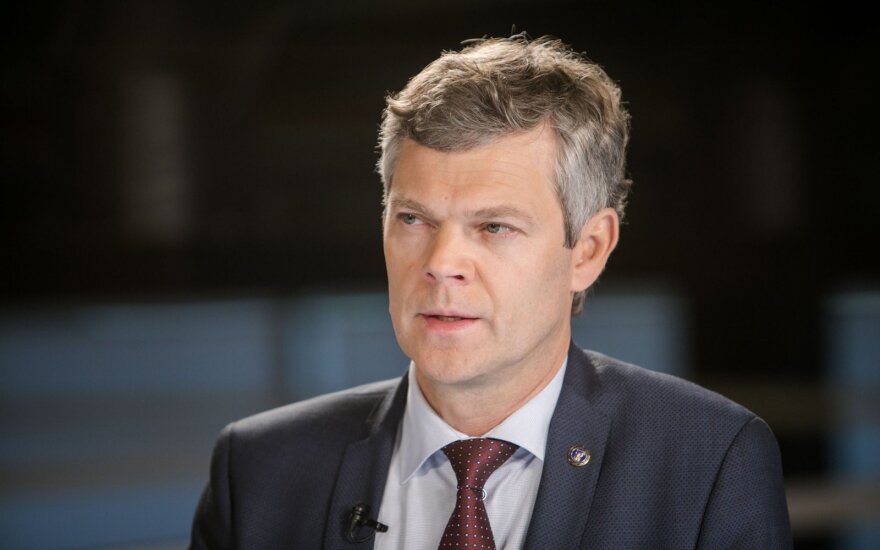 "Was it or not, we can create many conspiracy theories. I can only say that VSD has always cooperated and has never disguised any information. VSD representatives have travelled to the Strasbourg court and provided all possible materials as much as it was possible. With no doubt, there are things constituting state secrecy and we cannot share them as we would breach certain rules, agreements with partners etc. It's an impossible thing to do. Now everything is in the hands of prosecutors, they have the whole materials and they have to produce certain conclusions and that's all," Jauniškis said in an interview with BNS Lithuania.

Related articles
Guantanamo detainee to be given news about his victory against Lithuania Thursday
ECHR's CIA prison ruling comes into force: three tasks for Lithuania

"Was it or not. I personally visited that alleged prison more than once and did not see any blood splashed on the walls or something else. There was nothing suspicious for me there. Nevertheless, perhaps it's beneficial for somebody to blow these bubbles… That's how it is. Prosecutors have to make their final conclusions," he said.

The intelligence chief refrained from comment on Russia's possible involvement in the upcoming presidential election in Lithuania, stating that "every word can undermine investigations".

"I would probably refrain from any comment. Every word can undermine investigations. I can only say that VSD is constantly monitoring the situation, oversees and analyses those processes. If there are any indications, so decision-makers and responsible services will be warned. Let's wait for the latest threat evaluation and the VSD report where these things, I think, will be reflected in some way," he said.

Jauniškis also warned that a proposal, parliamentary committees are now deliberating, on publishing the names of former KGB agents who have admitted their cooperation with KGB would pose threat to national security and would benefit Moscow.

"We would break the state's promise given to those people who came and confessed. Second, we have a problem because our lustration process has been carried out wrong since the very beginning. Third, many files have been taken to Russia and it's unclear when they can be used to discredit certain people or to try and convince them to work for the Russian side. I see a lot of risks," he said.

According to the VSD chief, growing immigration in Lithuania poses an additional risk over terrorism, corruption or infiltration of people recruited by Russia, but the situation is under control.

Asked about China, Jauniškis said "the department provides quite a lot of information about various threats to decision-makers and responsible institutions but it would be wrong to interpret that pretty much every Chinese investment and action poses threat to national security".

"Of course, we have to monitor the international situation, being aware of risks posed by Chinese investment and accompanying things. But we have never said that China poses threat to national security. It has never threatened us with military measures," Jauniškis said

The Lithuanian state investment program earmarks more than 7.7 million euros for completing the...