BNS
aA
Prosecutors investigating October's fire a tire recycling facility in the southern town of Alytus have brought formal suspicions against the director of Ekologistika, the plant's owner, and its employee responsible for environmental compliance. 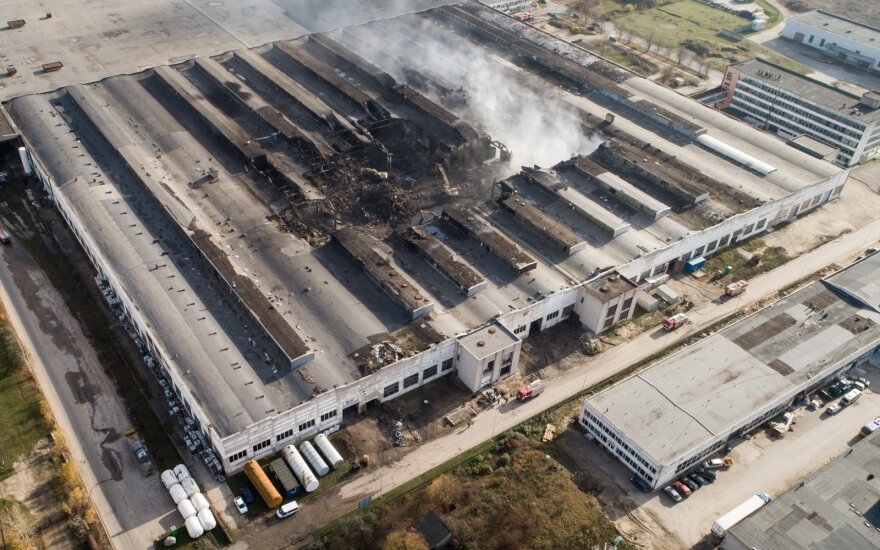 They are suspected of "the infringement of the regulations on maintenance or operation of structures in which potentially hazardous installations are kept or potentially dangerous works are performed" and of fraudulent book-keeping, the Prosecutor General's Office said on Friday.

The press release gave only the men's initials, J. C. and R. V., but BNS has information that they are Juozas Cicenas and Romualdas Varanauskas.

"Both the individuals are suspected of improperly performing their duties and failing to ensure environmental safety, which resulted in the release of air pollutants during the fire and caused more than 5 million euros million in environmental damage to the Lithuanian state," the office said.

Both suspects had to sign written undertakings not to leave their places of residence, it said.

They may face a fine, arrest or prison sentences of up to six years.

As part of the pre-trial investigation, the Kaunas Regional Prosecutor General's Office is also looking into the actions and decisions by the authorities that supervised the company.

The fire in Ekologistika's tire recycling facility in Alytus' industrial area broke out in the early hours of October 16, prompting the local authorities to declare an emergency situation in the town and the entire district.

It took firefighters more than a week to put out the fire and clear up the site.

Lithuania's government is calling a meeting of its National Security Commission on Monday over the...

Suspicions brought against 2 more people over fire in Alytus

Suspicions have been brought against two environmental protection officers over a huge fire at a...