BNS
The Lithuanian Prosecutor General's Office has appealed a ruling in the Labour Party's fraudulent bookkeeping case to the Supreme Court and asked it to send the case back to the Court of Appeals Court re-examination. 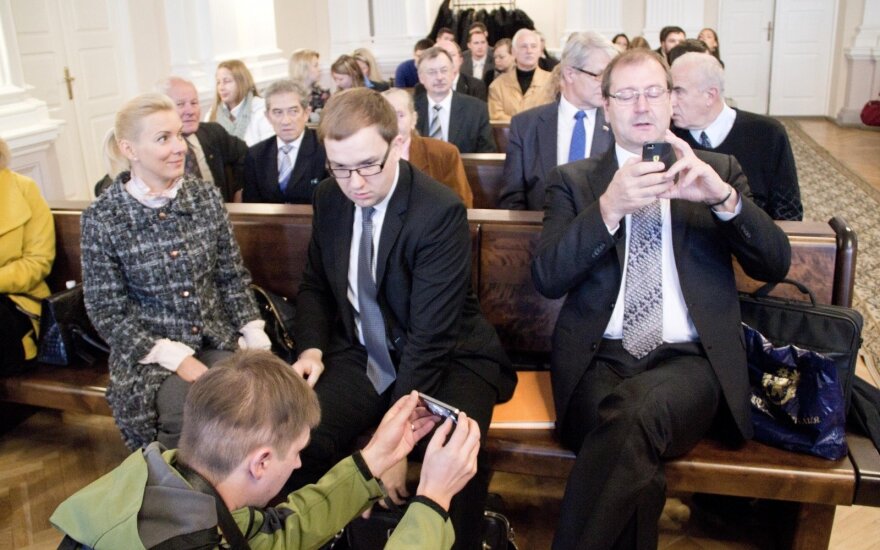 "The appeal raises the issues of fraud through tax evasion, the statute of limitation, liability in the event of the reorganization of a legal entity, as well as civil claim issues," Prosecutor Saulius Verseckas, who filed the appeal, told BNS.

In February, the Court of Appeals handed guilty verdicts against Viktor Uspaskich, the Labour Party's founder and former leader, Vytautas Gapšys, a member of the Lithuanian parliament, and Marina Liutkevičienė, the party's former financial officer. They were found guilty of fraudulent bookkeeping, but the court cleared them on fraud charges.

The prosecutors do not raise the issue of penalties in their appeal.

The Court of Appeals said that civil claims over unpaid taxes and fees would be left unexamined as "the convicts have been vindicated on tax evasion charges".

Related articles
Tax inspectorate appeals against ruling in Labour Party's trial
Why was sentence so light for Labour party founder?

According to evidence in the case, the Labour Party failed to record €7.04 million in income and €14.73 million in expenses into its books between 2004 and 2006.

The Supreme Court's ruling in the case will be final and not subject to appeal.

The Vilnius Tax Inspectorate has filed an appeal against a court ruling in the Labour Party 's case,...

Why was sentence so light for Labour party founder?

It took almost 10 years for a court's decision regarding the Labour Party 's fraudulent bookkeeping...

It still pays to defraud, steal and avoid taxes in Lithuania , the country's President Dalia...