LT Daily, media brief
aA
A proper clean-up of the Social Demcratic party following a raft of recent scandals could cost the Social Democrats the upcoming parliamentary elections, according to Vincentas Vobolevičius, the head of politics at ISM University of Management and Economics. 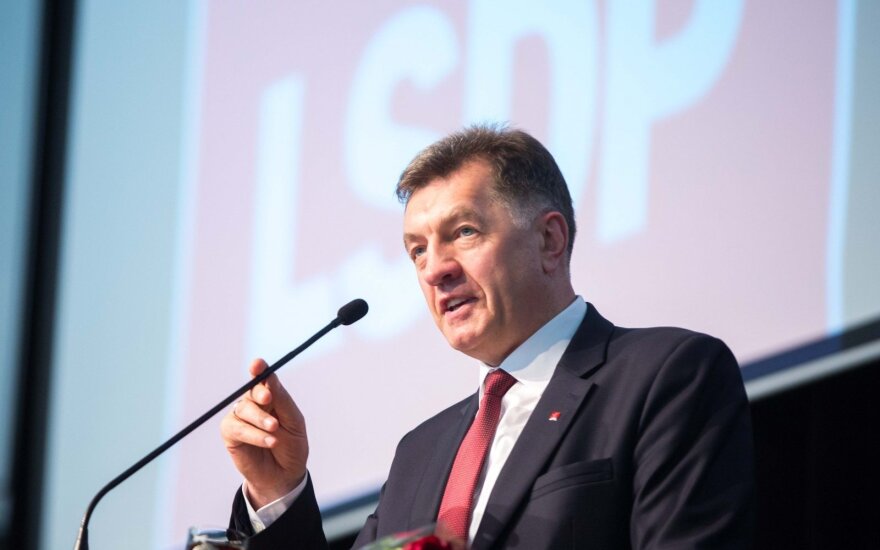 Vobolevičius said that at least one more minister, most probably the Environment Minister would be forced to resign by the Prime Minister but it was less clear that regional players who were key to the Social Democrat’s performance in upcoming elections, like the Mayor of Druskininkai would be forced to step down.

“For the Social Democrats this is almost mission impossible, as a quick distancing of itself from the regional mayors, all of whom are more or less involved in some controversy would result in worse outcome in elections. That is why the Social Democrats and the Prime Minister are in a very difficult position,” he told LRT programme Savaitė.

President Dalia Grybauskaitė and the opposition parties have pressuring the ruling Social Democrats to take political responsibility for scandals that have followed the party recently.

Vobolevičius said that certain regional players will have a particularly significant impact on the Social Democratic Party‘s performance in the elections - Druskininkai mayor Ričardas Malinauskas who is embroiled in a scandal, being one of them. Strong local and regional party machines like Malinauskas’ were central to the party doing well in elections.

Vobolevičius questioned if this regional effect would diminish in the future and the party would move to a more election manifesto-based campaign or the effect will remain, and the party remains reliant on key personalities for success.

“Bearing in mind that the party machine is so strong in the regions, the probability that these controversies in Vilnius, in the media, will drastically change the line-up of parties is very low. Yes, the social democrats might lose 2% or 3%, but I highly doubt that these dsiputes will knock the party from the top position.”

Lithuania's President Dalia Grybauskaitė is fuelling political crises in the country instead of...

It is good practice that Lithuanian politicians who have done something wrong are forced out of their...

PM must accept responsibility for corruption in his cabinet, president Grybauskaitė says

The prime minister has to take responsibility for corruption scandals that have rattled his cabinet in...