BNS
aA
Liudas Mažylis, professor at Vytautas Magnus University who has found an original copy of Lithuania's Act of Independence of 1918 in Germany's archives, on Tuesday announced his decision to run for a seat in the European Parliament on the list the conservative Homeland Union–Lithuanian Christian Democrats (TS-LKD). 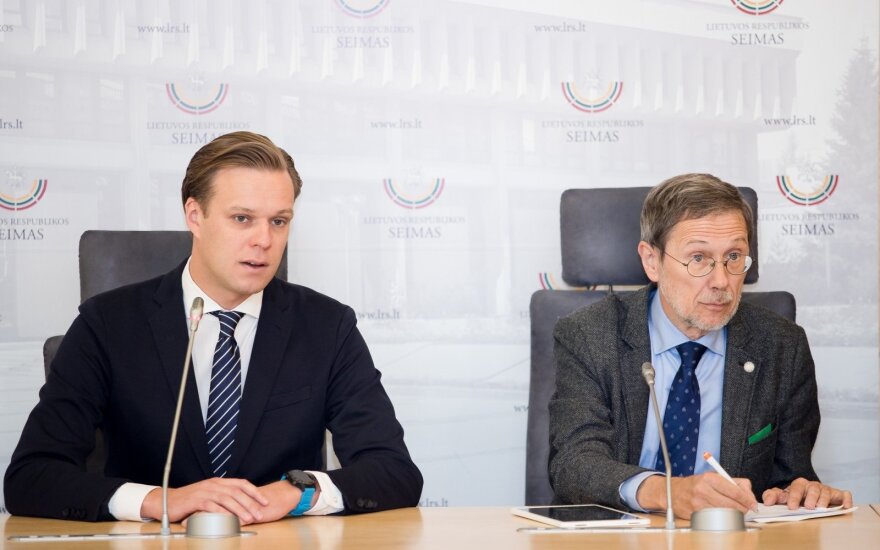 "I've firmly decided to stand in the European Parliament election on the TS-LKD list. I believe it's high time to bring in some fresh ideas," he said at a news conference.

Mažylis, who is a member of the conservative party, said he would make European neighborhood and sharing of experience his key election issue.

TS-LKD Chairman Gabrielius Landsbergis said the party had already compiled an alphabetical list of its candidates, all of them members of the party.

Landsbergis said he expected the TS-LKD presidium to endorse the alphabetical list on Wednesday, adding that the final line-up of candidates would be decided via preferential voting by all party members.

"It'll be the first time that all members of the party will be asked to rank (the candidates on) the list. It won't be a general open election, but we'll engage the entire community in the ranking," Landsbergis said.

Mažylis, 64, last year found the Lithuanian-language copy of the Act of Independence with the original signatures in the German Foreign Ministry's archives in Berlin.

Lithuania will hold the European Parliament elections on May 26, 2019.

Vilnius University historian Alfredas Bumblauskas has been named the most influential public figure...