Elta EN
aA
Parliament Speaker Loreta Graužinienė says that the priorities for the upcoming autumn session of the Lithuanian Seimas are national defence and reduction of social exclusion. 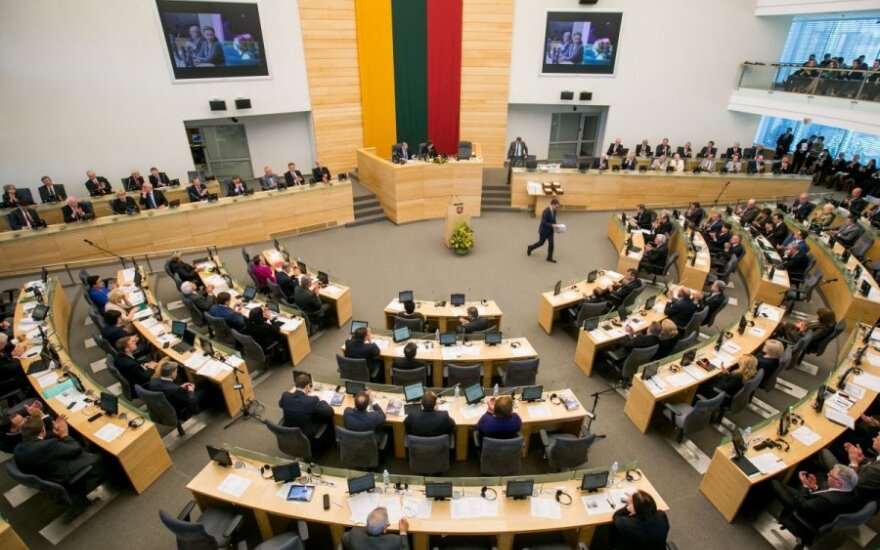 According to the Seimas speaker, minimum salary raise was also discussed at her meeting with President Dalia Grybauskaitė.

Graužinienė said that financial situation and projected budget revenues had to be taken into consideration. Even though increasing salaries is important, the budget is limited and the most pressing priorities are national defence and reducing social exclusion.

The speaker said that the minimum monthly salary will be increased by LTL 35 (EUR 10) from 1 October.

"The president welcomed parliament's decision to adopt all the laws necessary for the euro adoption in September and October," said Graužinienė.

She did not rule out the possibility that defence funding could be increased once more if needed.

Leader of the Seimas Opposition Andrius Kubilius also attended the meeting with the president. Afterwards he commented that the geopolitical situation was indeed serious and security challenges were significant; therefore, he said, security issues were to be the priority.

"Everyone understands that geopolitical tensions in one way or the other may affect Lithuanian, European and global economies. Thus economic forecasts for the next year may be inaccurate or premature," Kubilius told journalists.

The conservative MP said that economic growth may slow down, therefore, it should not be rushed to give promises to people. Kubilius believes that geopolitical tension may be manifested not through military threats but through threats in the energy sector.

President Grybauskaitė said in a statement that in forming the first budget in the euro it is crucial to follow the parties' agreement on augmenting defensive spending.