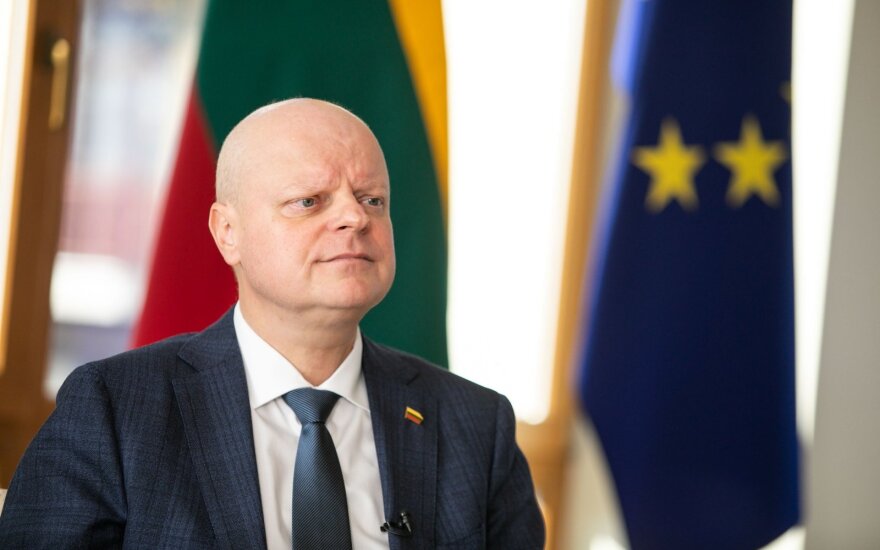 "The prime minister has the possibility to take sick leave if it's necessary for medical procedures or if he feels unwell to be at work. During the whole treatment time he has taken five days off and the majority of them were related to the ongoing procedures. The prime minister took the sixth day on Monday and it was not pre-planned," Malinauskas told BNS Lithuania.

The Lithuanian and Norwegian prime ministers had been scheduled to meet today and also hold a joint press conference.

In Vilnius, the Norwegian prime minister will attend a meeting of the leaders of the Nordic and Baltic center-right parties that belong to the European People's Party. Solberg is the chair of Norway's Conservative Party.

Skvernelis was diagnosed with lymphoma in late August and said he would not be able to work on some days due to the ongoing treatment.

Malinauskas said the prime minister is now undergoing tests, and the chemotherapy and immunotherapy procedures are about to be completed, and good results are expected.

"The prime minister plans to return to work soon," the spokesman said on Monday.

Lithuanian President Gitanas Nauseda earlier issued a decree allowing the prime minister not to work when necessary until Oct 4, but the period was later extended to Nov 8.

On Skvernelis' absence days he is substituted by Energy Minister Zygimantas Vaiciunas.

A team of researchers from the Institute of Materials Science at Kaunas University of Technology...

Lithuanian Prime Minister Saulius Skvernelis , who is being treated for lymphoma , says he took...