BNS
aA
Lithuanian Prime Minister Saulius Skvernelis said on Wednesday that he sees no reason for dismissing Remigijus Motuzas, who has been questioned as a special witness in a non-transparent visa issuance case, from his post as ambassador to Russia. 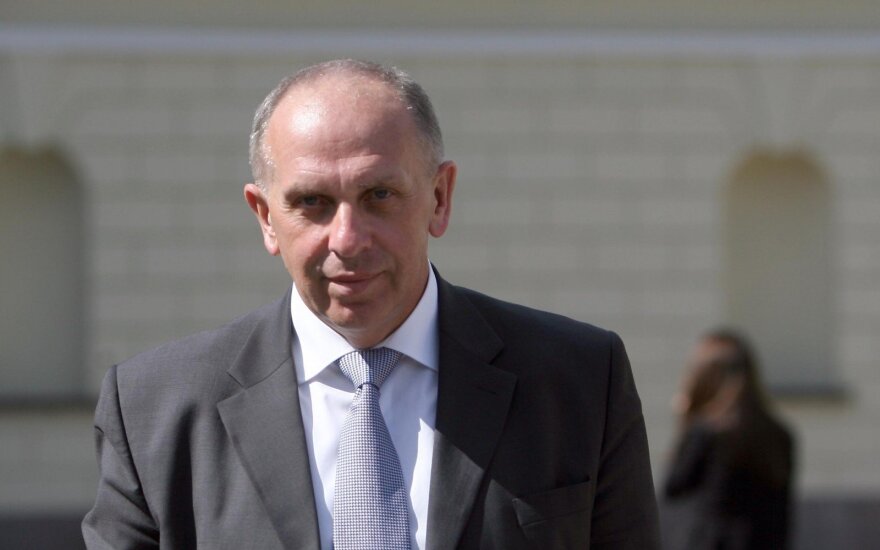 Motuzas was recalled to Vilnius for consultations last week. The decision will be reviewed this week.

"The status does not preclude him from representing our country in Moscow. Moreover, given the procedures, the ambassador's role or influence in issuing visas is very symbolic and minimal," the prime minister told reporters.

"Today I see no formal reason preventing the ambassador to Russia from continuing his work," he added.

The status of a special witness means that a person is questioned about his or her actions but there are no grounds to bring formal suspicions against him or her.

The ambassador confirmed that Sidlauskas had informed him about his plans to send the document.

President Dalia Grybauskaite said last week that Motuzas was becoming vulnerable and cast a shadow on the diplomatic service as a whole.

The prime minister says no status in a pre-trial investigation indicates "that a person is guilty or has violated the law".

"We are a state ruled by law, but we often prejudge a person guilty," he said.

Lithuanian ambassadors are appointed by the president on the government's recommendation and with approval from the parliament's Foreign Affairs Committee.