BNS
aA
Lithuanian Prime Minister Saulius Skvernelis met with his visiting Estonian counterpart Juri Ratas on Thursday and said he could not say yet if Lithuania would join a common gas market with other regional countries. 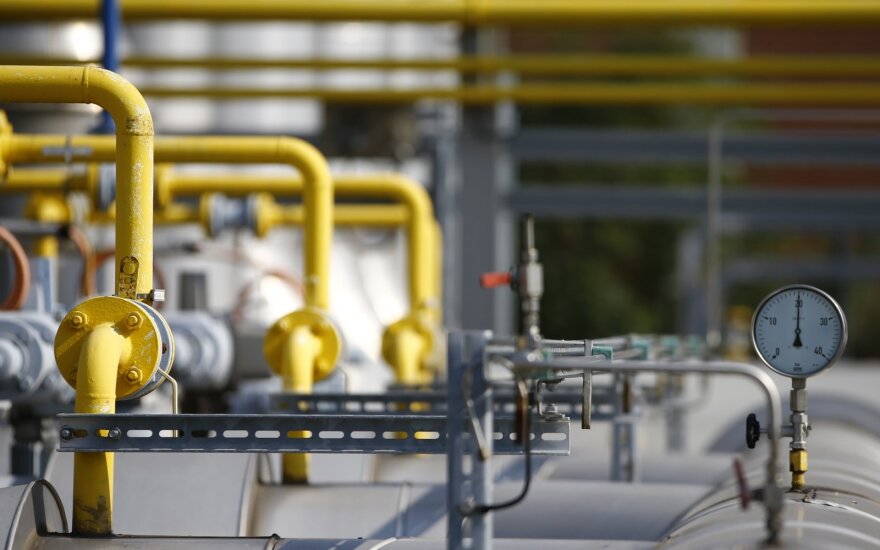 "There's no answer yet," he told journalists, asked if Lithuania would join a common gas tariff zone with Latvia, Estonia and Finland.

These countries signed an agreement on the introduction of a common gas tariff zone as of 2020, which is an important step to implement plans in time to create a common market in 2022.

Sources told BNS Lithuania that negotiations with Lithuania are stalling due to the country's demand to keep the money it receives from gas transit to the Russian region of Kaliningrad.

Discussions are also centered on Vilnius' wish to take into account Lithuania's investment into a gas interconnection with Poland and into the Klaipeda-Kursenai gas interconnection, allowing to export LNG to Latvia, during the formation of a inter-operator compensation mechanism for lost revenue due to facilitated gas flow conditions.

Skvernelis says he's seeking benefit for Lithuanian residents during the ongoing negotiations on Lithuania's participation in the common market, and wants to avoid putting additional burden on them, but did not mention the country's specific demands.

Asked if Lithuania's participation demands are acceptable, the Estonian prime minister said it was important to create a common gas market with all three Baltic states, without commenting on possibilities for all three countries to join the common gas market.

During the talks on a common tariff zone, Lithuania has suggested non-taxing gas flows between Lithuania and Latvia, to apply the same prices at the entry point from Belarus that will be applied by Latvia, Estonia and Finland at their entry points, and to apply a 75-perent discount to those three countries at the entry point at the Klaipeda-based LNG terminal.

Finland, Estonia and Latvia signed an agreement on a common gas tariff zone as of 2020 in February.

During the meeting, the Lithuanian and Estonian prime minister also discussed common Baltic projects, including the synchronization of the Baltic power networks with that of continental Europe, the Rail Baltica railway project, as well as security and EU issues.

GET Baltic to expand to Finland next year

The regional gas exchange GET Baltic, operating in the Baltic states, will launch a new market area...