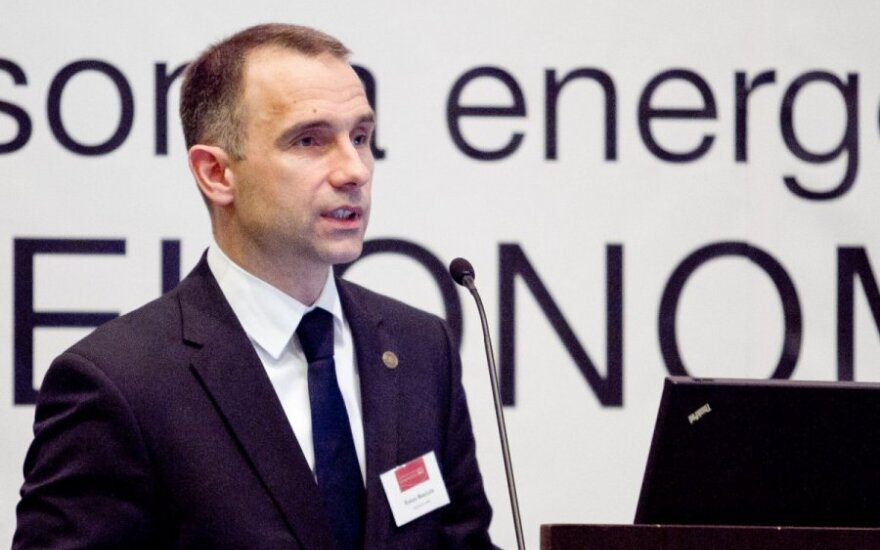 According to Sarapinas, party membership was not the main criteria for the president and she had appointed non-partisan candidates during her previous term of office.

"Rokas Masiulis fully satisfies both criteria, thus the president showed her continuous and consistent position. Masiulis' previous work speaks for his competence, especially his work on the implementation of the strategic liquefied natural gas terminal project. The mission that he stated "strong and independent energy sector" completely meets the vision of the head of state. Party membership has never been among the most important criteria for the president," the advisor told the Žinių Radijas radio.

As reported, Grybauskaitė appointed Masiulis as Energy Minister on Monday. Parliament Speaker and leader of the Labour Party Loreta Graužinienė said that Masiulis was proposed by the Labour Party, although he had not been mentioned as a potential candidate before.

The Labour Party, which convened for a sitting on Monday, also approved deputy ministers of communications, agriculture, culture and energy.

Labour Party insists new energy minister was its own choice

While President Dalia Grybauskaitė had informed about her requirements for the candidate to fill...

Rokas Masiulis , the CEO of Klaipėdos Nafta (Klaipeda Oil) who was on Monday appointed as the...

Rokas Masiulis , head of Klaipėdos Nafta , has been appointed Lithuania's energy minister on...

The end of summer will elicit concerns among many EU states regarding the stability of the Russian...